Gabon's Aaron Boupendza on the radar of top English clubs 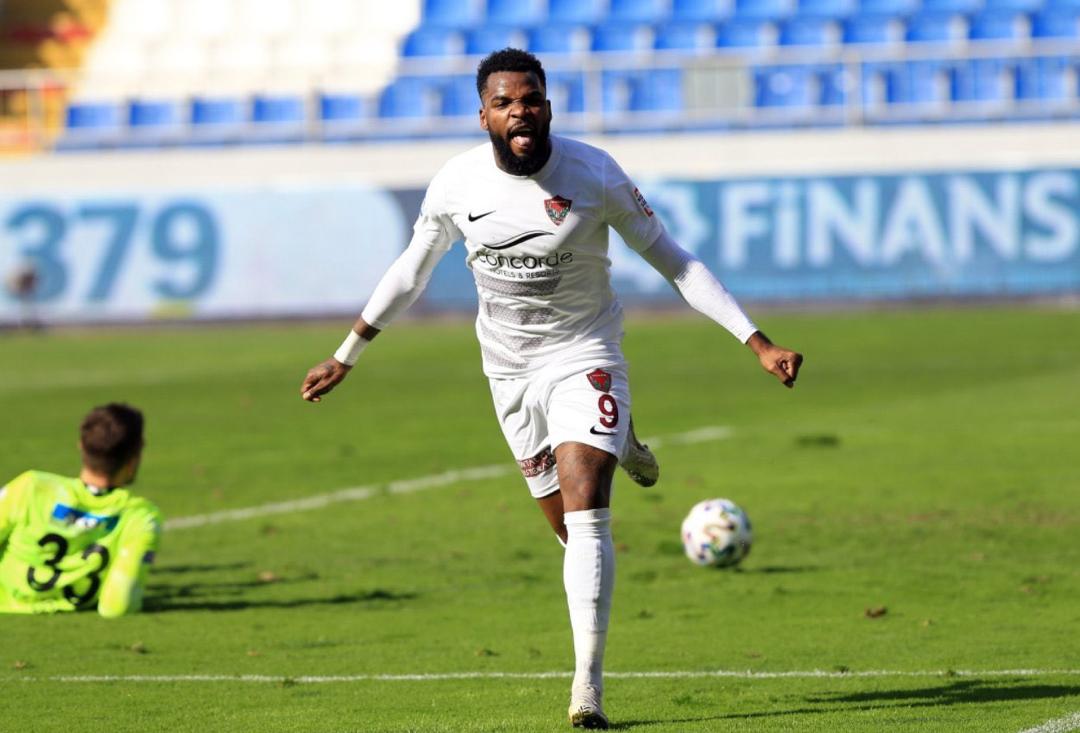 Gabon's Aaron Boupendza on the radar of top English clubs

Arsenal striker Pierre-Emerick Aubameyang has been the face of Gabonese football for over a decade now, but there is a new kid on the block.

The 31-year-old former Borussia Dortmund forward is the captain of the national team, and is without any doubt the most illustrious footballer ever from the West African nation.

In recent years, Gabon has witnessed the rise to prominence of a number of players. We have seen the emergence of other Gabonese players, like Fulham’s midfielder Mario Lemina, who was signed by Italian giants Juventus in 2015 after an impressive spell with Olympique Marseille.
Another Gabonese player to have been in the spotlight is 26-year-old Saint-Étienne attacking midfielder Denis Bouanga who has been one of the best players in the French Ligue 1.

However, the Gabonese player who is currently threatening Aubameyang’s status is 24-year-old Hatayspor forward Aaron Boupendza.

He came through the ranks of Gabonese side CF Mounana, before moving to French outfit Bordeaux in 2016. After four years and four unsuccessful loan stints with Pau, Gazélec Ajaccio, Tour and Feirense respectively, behind him, Boupendza joint Turkish SuperLig side Hatayspor in the summer of 2020.

The 1.8m tall native of Moanda, has rediscovered his goal scoring touch with his new club. He has, scored a career high 18 goals this season.

His goal scoring prowess has not gone unnoticed as Europe’s Elite clubs are already queuing up for his signature.

Tottenham, Arsenal, Leicester are leading the chase for his services, according to 90min.com

Aaron Salem Boupenza is the complete striker, from free-kicks to headers to tap-ins, he has shown his ability to score all kinds of goals.

His goals have propelled the newly promoted Turkish top flight outfit to sixth on the log.

Whether he will continue his goal scoring at the Antakya-based club next season remains a big doubt if the reported interest from some English top clubs in him are indeed true.

Scouts from Premier League outfit Southampton have regularly been spotted in the stands with the mission of supervising the Gabonese hitman. He has been identified as a potential replacement for English forward Danny Ings who could be on his way out of Saint Mary’s.

Hatayspor are reported to have recently accepted a bid of around £7m from Russian outfit FC Krasnodar, but the player rejected the move, certainly aiming for better.

According to reports, Arsenal and Gabon captain Pierre-Emerick Aubameyang has made a case to Arsenal management about signing the in-form striker from the Turkish side.

He is not expected to cost more than £9m due to his short contract with Hatayspor.

He has scored three goals in 13 caps for Gabon.