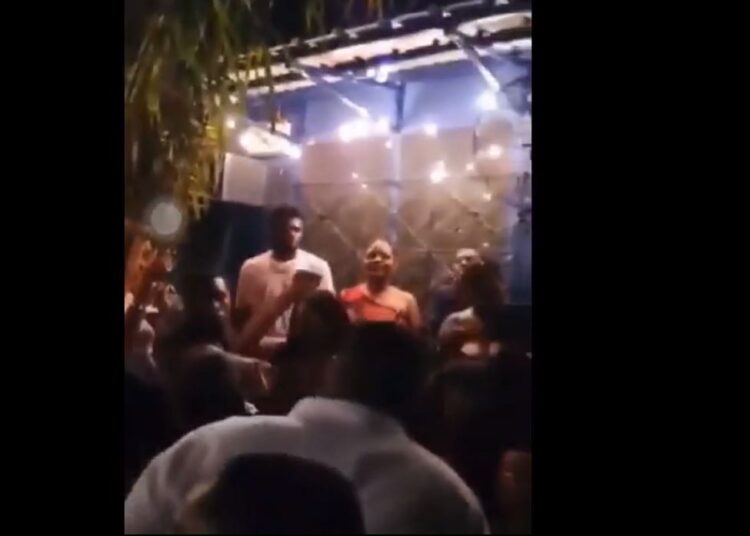 Asempa FM, a radio station based in Accra, has released a video of Arsenal player Thomas Partey partying with ladies. The publication has reignited the controversy surrounding the player's dismissal from the Black Stars squad on Thursday June 3.

The expulsion of Ghana midfielder Thomas Partey by his coach Charles Akonnor on Thursday, June 3, after he turned up late for the Black Stars' training camp in Cape Coast is still causing a stir in Ghana. Accra-based radio station Asempa FM recently released a video of the Arsenal midfielder in a nightclub with some ladies partying. At the same time, his teammates were training hard for their friendlies against Morocco and Ivory Coast.

Commenting on the video, Asempa FM journalist Andy Obeng Kwaku said: "It was only long after he had ignored several messages and calls from head coach Charles Akonnor that Thomas Partey showed up for Black Stars training on Thursday. ".This led to his expulsion from the team by his coach.

But this thesis has been dismissed by the Ghana Football Federation. In a statement issued on Monday 7 June, the institution tried to explain why the Gunners midfielder had not travelled with the team to face Morocco, putting forward personal reasons for the player's absence. It then claimed that the player would be available for the friendly against Côte d'Ivoire.

However, the video rules out the claim that the player was ill on arrival in Ghana, which was made after his dismissal. The footage from Asempa FM clearly shows the midfielder having a good time.