Ghanaian giants, Accra Hearts of Oak, have been crowned champions of the 2020/21 Ghana Premier League.
The team battled with Liberty professionals at the Accra Stadium on Sunday to end the title drought that has characterized the team for so many years.

Hearts of Oak’s Daniel Barnieh scored the first goal in the first half of the game. However, Liberty Professionals’ Kwame Paul restored parity with his goal three minutes to the end of the game.

Hearts of Oak needed to at least match Kotoko’s results to be crowned league champions. Asante Kotoko lost to Bechem United by 2-1.

The last time the Phobians won the league title was 12 years ago in the 2008/9 season of the GPL.

Accra Hearts of Oak sit at the top of the table with 61 points, which is the most they have gained so far in the last 12 years.

Following their draw game with Liberty, the Phobians will be making a return to the CAF competition for the first time in a decade after winning the 2000 CAF Champions League.

Despite sealing the Ghana Premier League title, Hearts of Oak will next weekend play their final match of the season against WAFA SC in Sogakope.

The result of that encounter will however not have any bearing on their champions status.

About Hearts of Oak

Accra Hearts of Oak Sporting Club was founded on November 11, 1911, in the then Gold Coast. The club is nicknamed the Phobians but in the year 2000, the club was nicknamed the rainbow boy when they conquered the African continent. The club is one of the most successful clubs in the premier league.

The club plays its home matches at the Ohene Djane Sports Stadium (Accra Sports Stadium). Hearts of Oak won their first major match in 1922 when Sir Gordon Guggisberg, governor of the Gold Coast, founded the Accra Football League. Hearts won 6 out of 12 seasons in this league. In 1956, Hearts joined the Ghanaian football league and has flourished since. 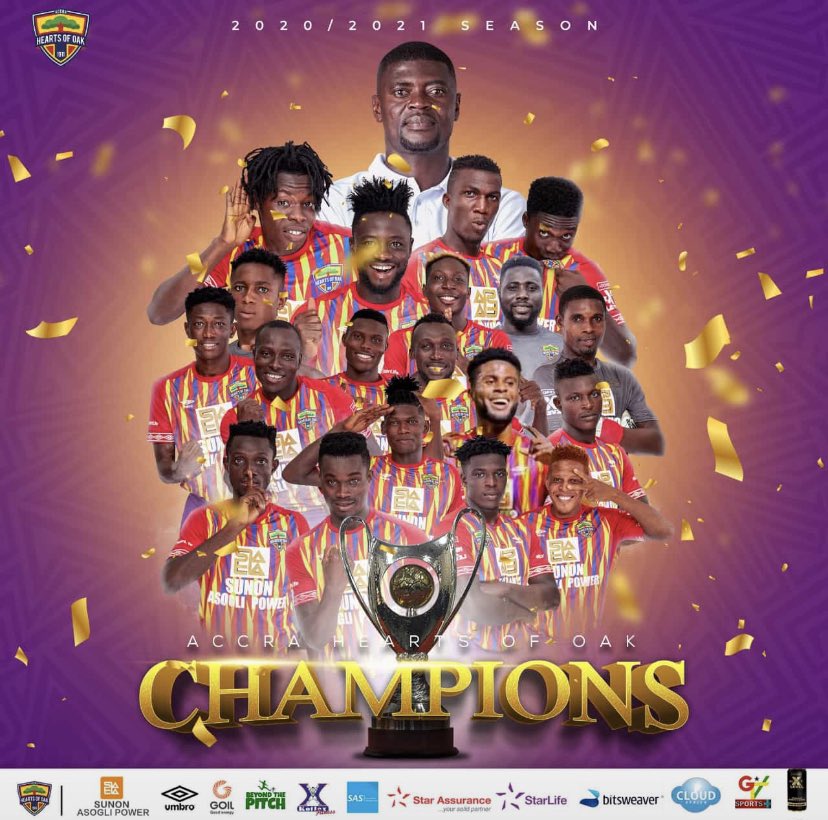 Accra Hearts of Oak, have been crowned champions of the 2020/21 Ghana Premier League