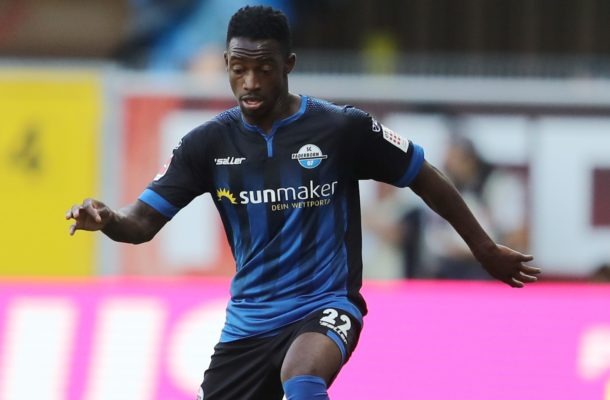 Ghanaian winger Christopher Antwi-Adjei has signed a three-year deal with German elite division side VfL Bochum ahead of the 2021/22 season.

The 27-year old Ghanaian player is transferring from SC Paderborn free of charge and receives a contract with Bochum till June 30th, 2024.

The German-born Ghanaian player who made 144 appearances for Paderborn scored 27 goals and 17 assists.

Managing Director of Sports at Vfl Bochum, Sebastian Schindzielorz, commenting on Christopher’s signing is stated: “Christopher Antwi-Adjei has a lot of dynamism and can be used variably in the offensive. He has experience in the Bundesliga and the second league and has again proven in the current season that his speed is a problem for many defensive lines."

Antwi-Adjei played an international match for the Ghanaian national team, and in the qualification, for the African Cup of Nations, he played against Sao Tomé and Principe in November 2019.

Meanwhile, this new team he joins, VfL Bochum, has been promoted to the Bundesliga for the 2020/21 season.