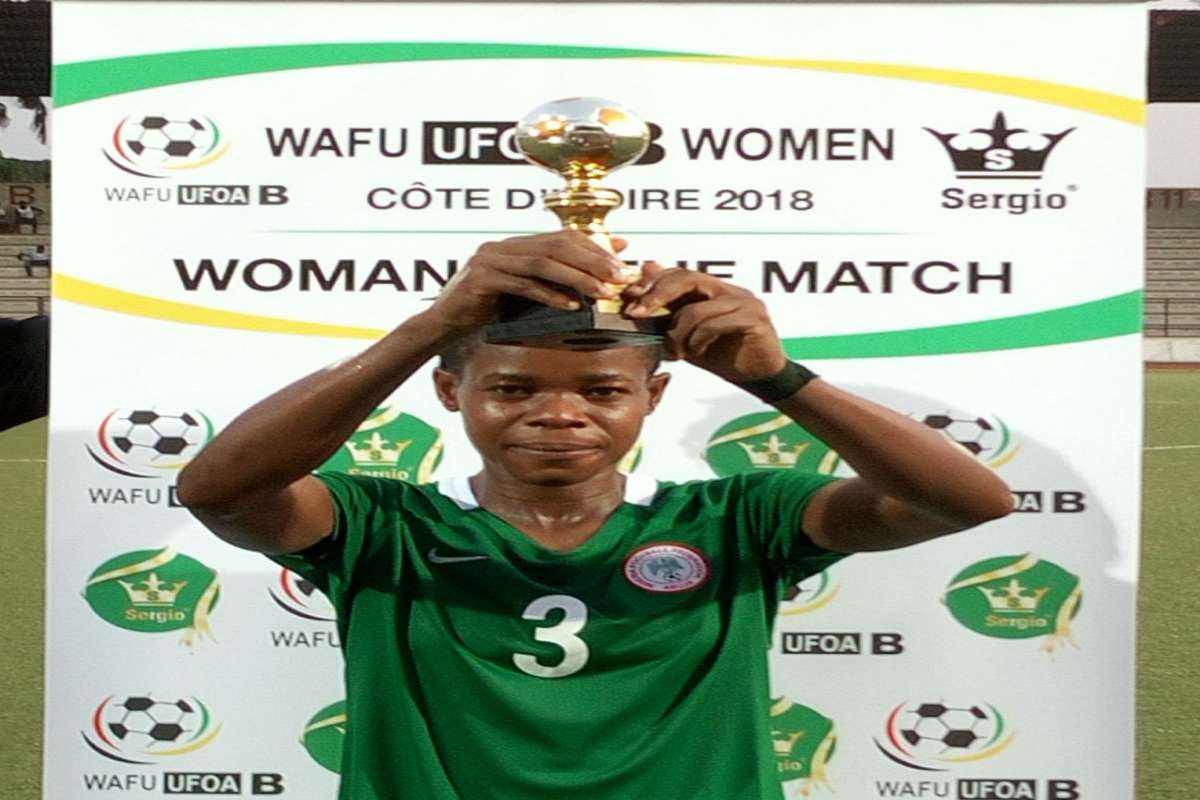 Glory Ogbonna revealed legend Perpetua Nkwocha was the main factor in her choice to join Swedish side Umea from Nigerian outfit Edo Queens despite interest from a host of other European clubs.

Ogbonna, 22, starred for Edo Queens in the 2019/20 season but will not be part of coach Wemimo Matthew's remaining Aiteo Cup campaign this month as she is expected to arrive at Umea Energi Arena in the coming weeks.

The Nigeria international was highly sought after with some Swedish clubs linked with a move for a number of months after erstwhile Super Falcons coach Thomas Dennerby spoke glowingly of former Ibom Angels star following her expliots at the 2018 Wafu Women's Cup.

However, she said it was Nkwocha's enduring recommendation for how she would fit into a new-look set up of Samuel Fagerholm's side, that convinced her to come to Umea.

"I am so much happy to be announced as one of this wonderful family (Umea IK FF) it has been a long awaited time for me," she wrote on her official instagram account.

"But today am most grateful that my dreams has come through, am looking forward to work together with the team and make a good impact for the success of the team.

"And I want to thank everyone that has made this possible for me most specially to the woman I respect so much the legend of my time, legend perpetual Nkwocha for all what she has done to make sure this work, ma'am thank you very much I will be forever grateful, and to everyone. God bless you all. "

Before shinning at the 2018 WAFU Women's Cup in Abidjan, she has also represented the Falconets at the U20 Women's World Cup 2016 and 2018 before her promotion to the senior women's national team by Dennerby.

On Friday, Umea finally announced the signing of the defender, who is currently in Vienna, Austria with the Super Falcons for an eight-day training camp and is expected to unite with the Swedish side after the Olympic break.

Following her move, she will become the fourth Nigerian to suit up for the Swedish outfit in their history after compatriots Rita Chikwelu, Ogonna Chukwudi and Ebere Orji.

Commenting on her switch and ambitions, Ogbonna told the club website : " Playing abroad has always been my big goal and I am extremely happy and grateful for the contract with Umeå IK FF.

"I have talked a lot with Rita Chikwelu and with some other national team players who play in Sweden. Everyone says that Umeå plays a technical and fast football with good passing games and I like that."

And she believes her style of play is perfectly suited to make the transition from her former club to Sweden.

"I am quite all-round and can play in different places in defense and midfield, but I will give everything to help my team regardless of position. I like to train and will do my best to be as good a player as possible.

"Don't know if it's a strength but I really hate losing (laughs). The goal is to play with UIK in the OBOS Damallsvenskan next year and I have a strong belief that we will succeed together."

On the part of head coach Samuel Fagerholm, he said: "Glory will be an important piece of the puzzle in our team building both this autumn and for the coming season. It feels really good to be able to present her as our player after a very long process.

"We strongly believe that Glory will be able to add quality to the team, but it will also require a certain amount of adaptation time to a new country and a new team with a possibly different style of play.

"Her experience from international matches will help her in that adjustment on the pitch. We will benefit from Glory as a football player in both the short and long term."