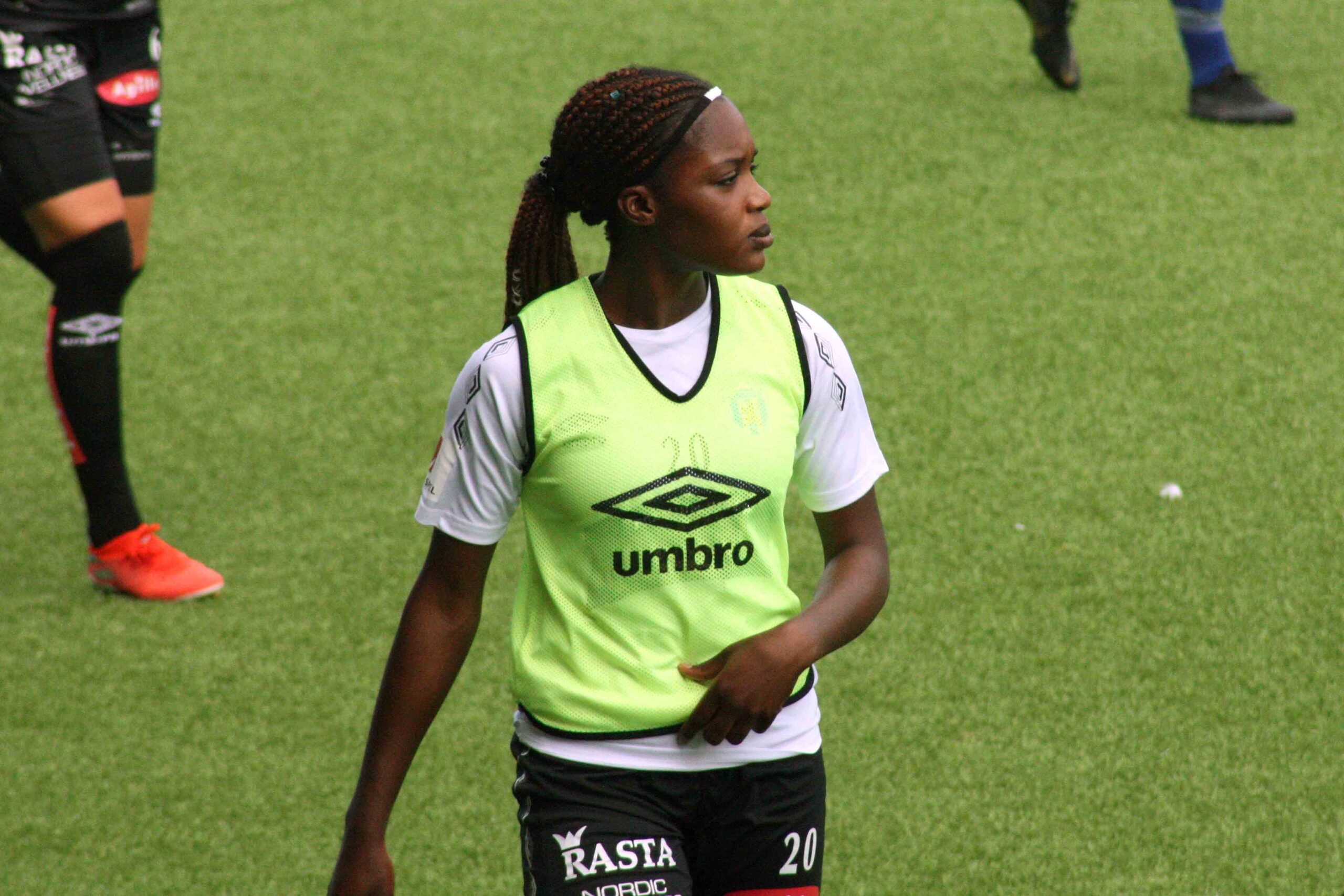 Before recently renamed Hackens from Goteborg, they edged then Rita Chikwelu's Kristianstad 2-1 to clinch the coveted title in 2019.

This time, Mats Gren's side defeated Vaxjo 1-0, Lidkoping 8-1, Linkopings 5-2 to finish the group stage as the winner with nine points before beating Rosengard 1-0 to reach the final in April.

And the Sweden youth international striker, whose first career major title was the 2019 Swedish Cup, is attaching huge importance to the final.

"It was an awesome feeling winning the title in 2019. Winning again in the Swedish Women's Cup final will add more value to my resume."

The Swedish-Nigerian born enjoyed cameo appearances in the national women's competition, featuring twice so far, in the victories over Lidkoping and Linkopings.

The 19-year-old forward will be keen to play a part in this year's final at Bravida Arena, having failed to see a minute in the 2019 triumph.

Prior to this year's final, Linkopings condemned Hackens to a 1-0 defeat on Sunday and Ijeh, who lasted the final 20 minutes, gave some explanations, while assuring they will not let down their fans.

"I would say that we underestimated Linkopings in the game on Sunday, but we have learned our lesson now," she says.

"We spoke about the game and we have now left it behind us, so are fully focused on the final. The mood of the players in the team is quite high and deeply excited that we find ourselves in this position again.

"So we are mentally prepared. Our major motivation going into the final is that after the loss we had, we are ready for a win. We still see ourselves as champions and we will continue to have that mentality."

Nigeria duo of Halimatu Ayinde and Ngozi Okobi-Okeoghene starred as Eskilstuna progressed to the final of the competition for the first time in their history, following a 4-2 victory over Umea in April.

On the Damallsvenskan table, Eskilstuna are sixth with five points from three games, while holders Hackens are third with seven points but she is still wary of the threat Magnus Karlsson's side could pose.

"I know that they are a team that likes to have possession and wait for the right opportunity to attack," she admitted, adding that: "But due to that is a cup final you never what they might come with."

By S a muel Ahmadu