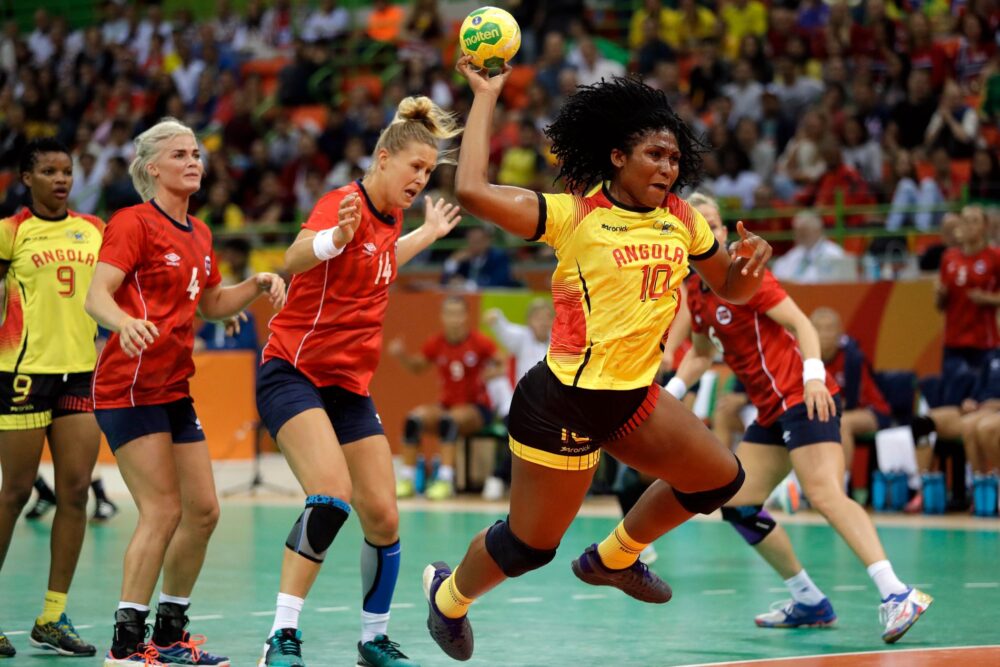 History has repeated itself. Just like in 2004, Angola defeats Cameroon in the final of the 24th Africa Cup of Nations (AFCON) for the  senior women's handball. The Palancas Negras dominated the Lionesses (25-15) this Friday, June 18, 2021 in Yaounde. A third consecutive victory for the girls of Filipe Cruz. They now total 14 titles of African champions in 21 participations.

Thanks in particular to an XXL performance in defense, Albertina Kassoma and her team-mates return from Cameroon with the gold medal around their necks. A success that took shape in the first round. Paulo, Dos Santos and, of course, the star Kassoma, who were unstoppable in attack, stepped up to the plate. The Cameroonian goalkeeper, Onoukou, saw nothing but fire. At the break, the Angolan handballers were leading 14-7.

After the break, the Palancas Negras put the goal machine back in motion. Regularly arranged in a trapeze with two wingers and two backs in the hunt, the Angolans made Cameroonian players back off and made more mistakes. The gap was growing and soon the Indomitable Lionesses were chasing the score 23-14 with 3 minutes to go. Despite the gap, Almeida's team continued to push to the point of scoring two more goals.

Note that in the match for third place, synonymous with the bronze medal, Tunisia defeated (22-17) Congo. The two teams will accompany Cameroon and Angola at the next World Championship, from 2 to 19 December 2021 in Spain.

Senegal will be the next destination of the senior women's handball Africa Cup of Nations.

RESULTS OF THE DAY