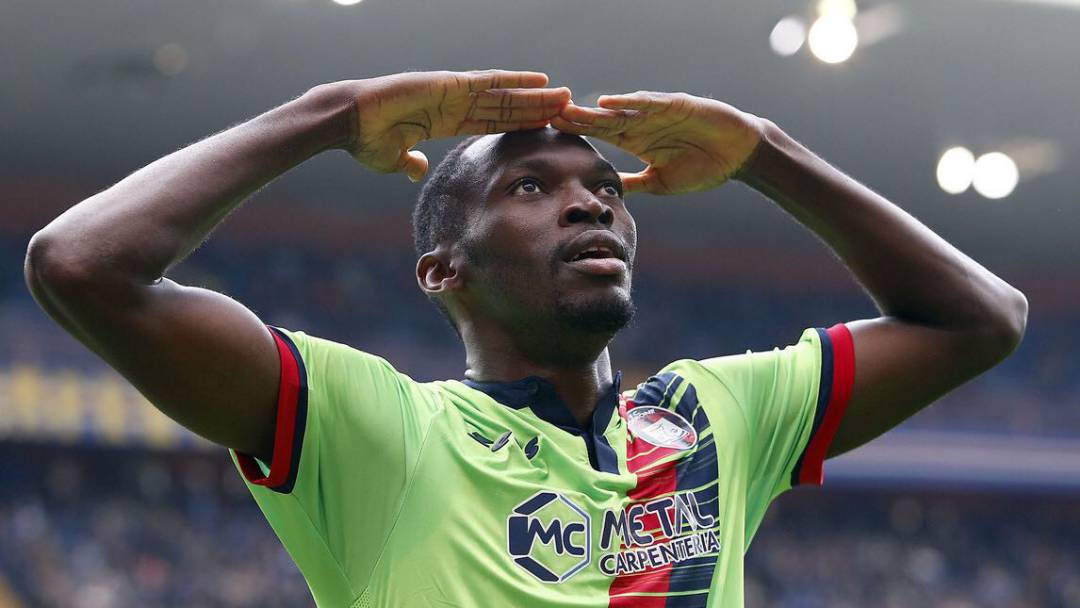 While Victor Osimhen was expected to shine this season, it is another Nigerian who is making a name for himself in Serie A. Crotone striker Simeon Nwankwo has scored 17 league goals so far this season.

Simeon Nwankwo who ? At the beginning of the season, it is certain that few fans knew him. Perhaps the most avid Serie B fans. But the Nigerian (4 caps, 0 goals) was the top scorer in Italy's second division last year. His 20 goals largely contributed to Crotone's rise to the top flight.

However, no one would have imagined that the 28-year-old would repeat the feat in the top flight. He is even doing it without much fanfare. Indeed, while the media is still debating the transfer price of his compatriot Victor Osimhen and his lack of success with Napoli, Siemon Nwankwo is doing very well with Crotone.

The striker who cost only 800 thousand euros (about 500 million FCFA) to the Italian club in July 2016 has scored 17 goals in his first season in Serie A. Only Ronaldo (25 goals), Lukaku (21 goals) and Muriel (18 goals) surpass him. And most importantly, in the last 8 games, he has found the net 11 times, including three doubles. Unfortunately, despite his excellent performances, Simy, as he is known, will not be able to keep Crotone in Serie A. The club is, in fact, at the bottom of the table and has 16 points less than the first non-relegated Benevento (31 pts) with 6 games to go.

However, it is unlikely that the Nigerian will return to the Italian second tier. His performances have caught the eye of several Italian clubs and even beyond. Sevilla, who know how to sniff out good deals, would like to attract him to Spain. Prior to Italy, Simeon Nwankwo spent five years in Portugal where he started out in the second division with Portimonense (37 goals in 99 games). Before signing for Gil Vicente and discovering the LigaNos (45 games, 9 goals). The market value of the Lagos native is currently estimated at 4 million euros.