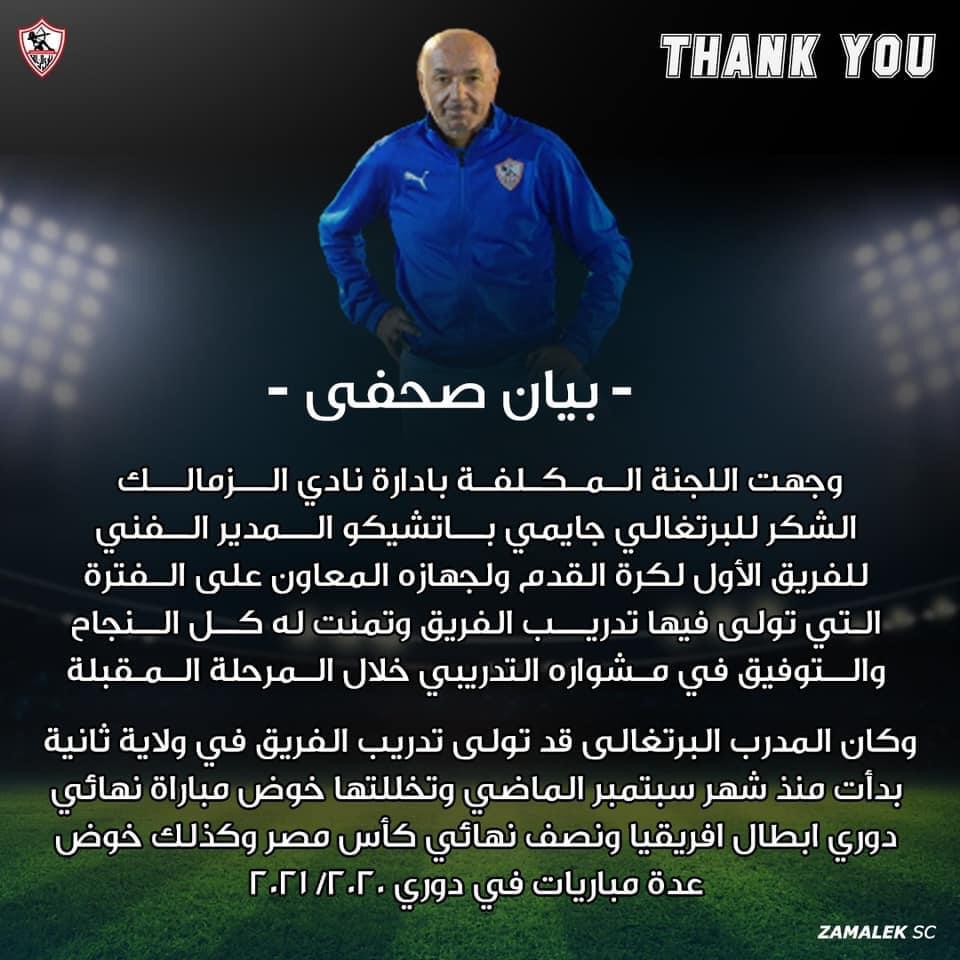 Pacheco who had previously coached Zamalek in 2014 was brought back for a second spell on September 23rd 2020, after leaving his post with Chinese Super League side Tianjin TEDA In 2017.

Under the tutelage of the 62-year-old native of Paredes, Portugal, the White Knights have had a poor run of results in their recent games.

A run of four draws, two defeats and four wins in their last 10 games was judged as not sufficient by their high standards.

Their form has been particularly poor in the CAF Champions League, were they are currently third in Group D with two points after three games, behind Esperance of Tunis with seven and MC Alger with five.

Jaime Pacheco is a former Portuguese international midfielder with 25 caps for Portugal and played notably for FC Porto and Sporting CP of Lisbon.

His most remarkable achievement in his coaching career that began as far back as 1993, was leading Boavista Porto to the Portuguese league title in the 2000-2001 football season.