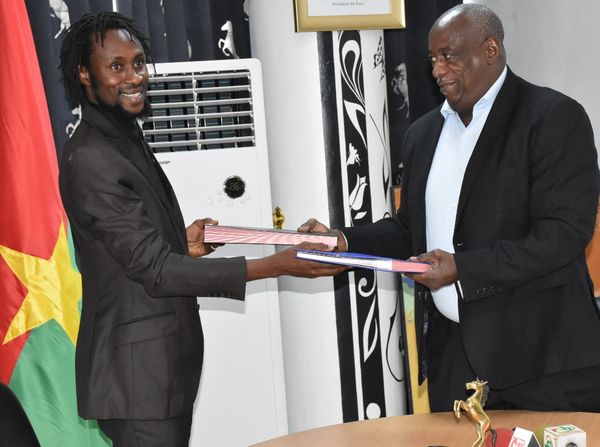 Jonathan Pitroipa has started his reconversion, after having ended his football career. The former Burkina Faso striker becomes the new coordinator of the national team and also a matchmaker.

A new era has begun for Jonathan Pitroipa. The former Stallions striker is now retired and starting a new career in football management. The former Rennes player (French L1) is not cutting his ties with football. He remains in this environment that he has been involved in for almost 20 years. Jonathan Pitroipa has become the new matchmaker of Burkina Faso. At the same time, he is the coordinator of the selection with Aziz Nikièma and Madi Panandetiguiri. Through their consultancy company, they will now organize the national team's matches.

PNP (Pitroipa, Nikièma and Panandetiguiri), Sport Consulting Sarl has signed an agreement to this effect with the Ministry of Sports and Leisure (MLS). "The three former Stallions Jonathan Pitroipa, Madi Panandetiguiri and Abdoul Aziz Nikièma will be in charge of organizing the travel of Burkina Faso's national teams abroad, It is specifically to find hotels for accommodation of players, training grounds, buses to transport players, the organization of friendly matches," according to the Minister of Sports and Recreation, Dominique Andre Nana.

Dakar, first test of the trio?

The new trio has work to do. For now, the August 4 stadium is suspended by CAF. Consequently, Burkina Faso will no longer be able to receive in its home ground. It is up to the team to prove themselves in this new context which requires a lot of resources, especially when it comes to relocating matches. With two months to go, they will have to show their know-how with the start of the 2022 World Cup qualifiers.

Already, there is talk of a relocation to Dakar for the match between the Stallions and the Fennecs next June, for the second day. "We have received a request from our brothers from Burkina Faso to play here and we have given our agreement without any problem," reveals the Senegalese Minister of Sports, Matar Bâ in the Senegalese Press Agency (APS).