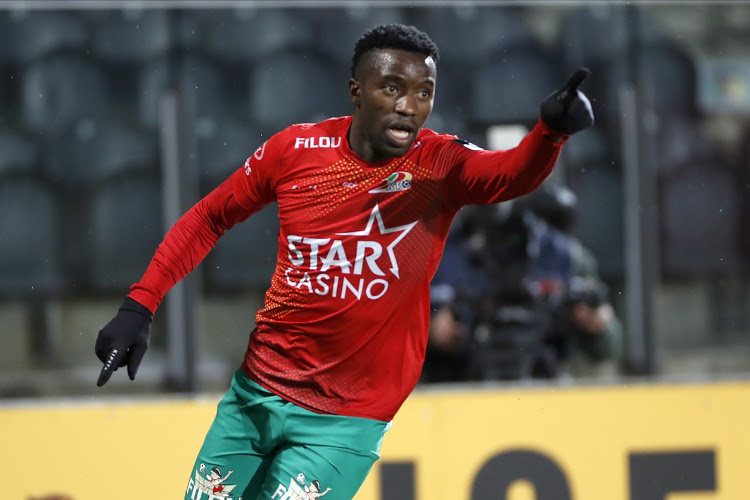 The Belgian Jupiler League has come to an end. For Sportnewsafrica, Nigerian Paul Onuachu (Genk), Junior Fashion Sakala (Ostend) and Congolese Dieumerci Mbokani (Royal Antwerp) were the most successful Africans this season. 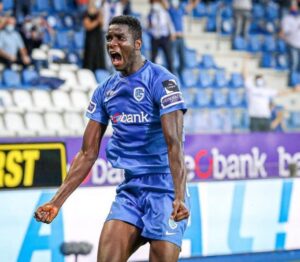 Paul Onuachu has been a consistent performer for his Belgian club KRC Genk this season. The Super Eagle has been the star of John Van Den Brom's team (33 out of 34 games played) and has been on fire. He has contributed to his club's numerous victories on the various Jupiler Pro League pitches. Top scorer in the league with 29 goals.

Powerful and technically adept, the giant Nigerian (2.01m) has played a part in 46% of the goals scored by his team, which is ranked 4th in the Belgian league. With 35 goals in all competitions, Onuachu is more effective than Egyptian star Mohamed Salah. The Pharaoh scored 31 goals in all competitions with Liverpool. Onuachu was also named 'Best Player of the Season' in Belgium. 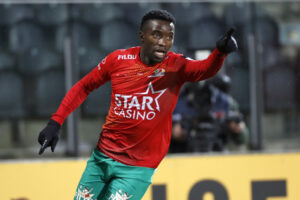 The Zambian international was a big hit with KV Oostende, who finished fifth in the league. Born on 14 March 1997, the 24-year-old striker has been one of the club's great fireworks. He has earned the trust of his coach Alexander Blessin. And Sakala has paid him back on the pitch. He is the club's top scorer (16 goals) this season, ahead of Senegalese Matar Guèye, who scored 11 goals.

Junior Fashion Sakala arrived at KV Oostende in 2018 and made his debut in his native country, Zambia. He played for a long time with his formative club, Nchanga Rangers (2007-2016), where he went through all the categories. In 2017, he played for local side Zanaco FC, but his stint in the Zambian first division was short-lived.

Junior Fashion Sakala then flew to Europe. After a brief stopover at FK Spartak Moscow, the young striker left for KV Oostende. Since then, the striker has continued to progress. His contract expires in June 2021 and he is expected to continue with his team. If he can't find a better deal. 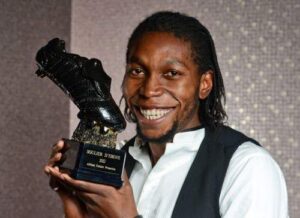 Despite being 35 years old, Dieumerci Mbokani is still making his mark in Belgium. The Congolese international is still as formidable in front of goal. In 26 games played with his club Royal Antwerp (2nd in the league), the former TP Mazembe player has scored 11 goals and provided 3 assists.

Dieumerci Mbokani joined Royal Antwerp as a free agent in the 2018-2019 season. A former Dynamo Kiev player, the Congolese international (40 caps, 18 goals) quickly made his mark in his new club. The 30-year-old finished the 2019-2020 season with 18 goals, making him the league's top scorer.

This year was certainly less prolific for the player, but his experience and his sense of goal helped Antwerp a lot throughout the season. His contract expires in June 2021.