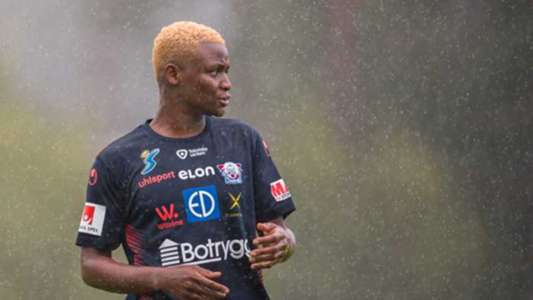 Anam Imo scored for Pitea but they eventually crumbled to a 4-3 defeat against Linkopings following Uchenna Kanu's brace in a Thursday's Swedish Damallsvenskan encounter.

Going into the contest, Imo was hoping to build on her goalscoring form, having inspired Pitea's first win of the current campaign, with her first goal of the season for the club against Vaxjo.

Kanu, on her part, was aiming to keep up her fantastic goalscoring momentum in the final third, following her matchwinner in Linkopings' 1-0 shock win over champions Hacken on Sunday.

Kanu earned her fourth consecutive starting role for Andrea Jeglertz's side this season, while Imo was rewarded with her second start of the season by coach Stellan Carlsson.

Cornelia Kapocs got the visitors off to a flying start when she opened the scoring after just six minutes of action.

Frida Leonhardsen Maanum brilliantly set up Kanu to doubled the lead six minutes later before Kapocs netted the third with her second on the 20th minute of the encounter.

10 minutes later, Kanu made it four for the hosts but Maja Green pulled one back for the visitors on the brink of half time.

After the restart, the visitors continued to pile up pressure on the hosts and eventually found a crucial breakthrough in the 71st minute courtesy of Imo's superb finish to cut the hosts lead to two.

Guro Pettersen struck at the death for the visitors but her effort was not enough to earn them a point off at Linkoping Arena.

Kanu played from the start to finish for Linkopings and has now scored four goals in four league outings and took her goal tally to seven in all competitions this season.

For Pitea, Imo saw 82 minutes of action and got two goals in four matches, while compatriot Faith Michael saw the entire duration.

The result saw Linkopings move to third on the table with nine points from four games and will seek to extend their winning streak to four against second placed Kristianstad in their next game on May 18.

On their part, Pitea remain third on the Swedish log with three points from four outings and will aim to bounce back at home against Orebro two days earlier.