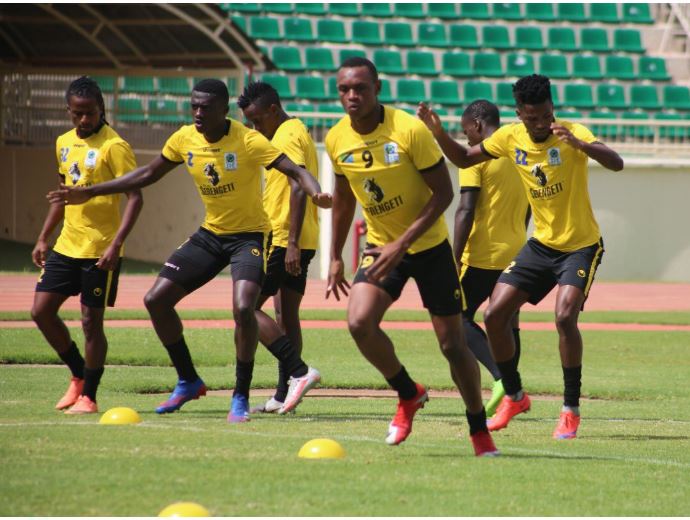 The Football Kenya Federation (FKF) has called off an international friendly match that was slated to take place today March 18, between Harambee Stars and Tanzania’s Taifa Stars.

Nick Mwendwa, President of FKF said the match has been cancelled in respect to Tanzania who lost their President John Pombe Magufuli on March 17th.

“The Kenya vs Tanzania match today is off and cancelled. In respect to our brothers who have agreed to cancel,” said Mwendwa.

“Our hearts go out to the people of Tanzania following the loss of President John Pombe Magufuli. On behalf of Football Kenya Federation and the entire Kenyan football fraternity, I wish you peace and solace during these difficult times,” added Mwendwa.

On Wednesday evening Tanzania’s Vice President, Samia Suluhu Hassan in a televised message to the country announced Magufuli’s death. She said Magufuli who has been in hospital since March 6th died of heart complications.

Early this week Kenya stopped Taifa Stars 2-1 in their first International friendly played in Nairobi before the second match which was meant to take place today. The two teams organized friendly matches to prepare ahead of the fourth coming Total Africa Cup of nations (Afcon) qualifiers.

Kenya who are placed third in Group G will host table leaders Egypt next week before traveling to face Togo in their last group match.

Tanzania can bring their qualification campaign back on track if they register a win away to Equatorial Guinea next week in Group J before they host Libya in the last game in Dar es salaam.

Tunisia top Group J with 10 points, while Equatorial Guinea are second on 6 points. Tanzania have 4 points, while Libya are bottom of the log with 3 points.