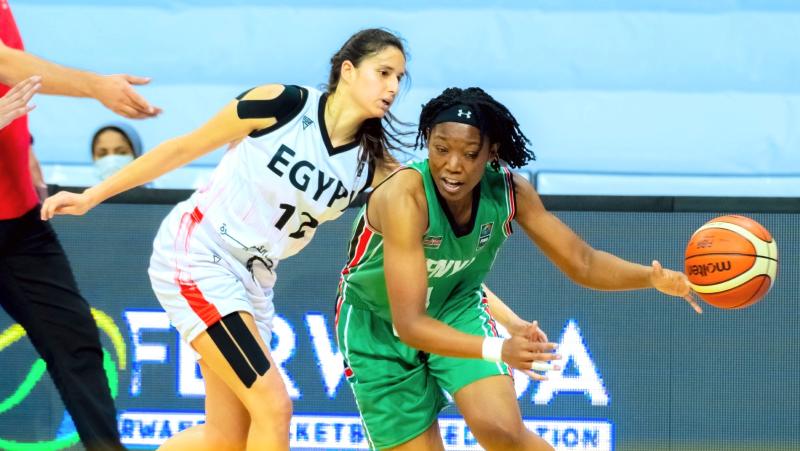 The Kenya Lioness are the champions of the 2021 Women’s AfroBasket Zone 5 event that concluded in Kigali, Rwanda on Saturday.

Led by their small forward Victoria Reynolds Kenya defeated Egypt 99-83 in an entertaining final played at the Kigali Arena. It was also a sweet revenge for the Kenyan team which had lost to the same Egyptian team in the group stage.

The win also sends Kenya to the final of the 2021 FIBA Women’s AfroBasket event scheduled for September 17-22 in Yaounde, Cameroon.

Kenya’s experienced team center Mercy Wanyama who scored 17 points said they worked hard to get this win. “After losing to the Egyptians earlier in the tournament we went back and did our homework and came all out to win,” said Wanyama.

Kenya’s Reynolds together with US-based Troy University forward Felmas Adhiambo Koranga scored 25 and 24 points respectively to guide their team to victory against the former champions.

Egypt had Meral Abdelgawad top score with 19 points, while Hagar Amer had 18 points.

In an earlier match, Rwanda won third place after beating South Sudan 83- 56. Although they ended without a single win it was South Sudan’s first-ever international debut at the FIBA Women’s AfroBasket 2021 Zone 5 qualifiers.