Kenya pip Taifa Stars in build-up ahead of Afcon qualifier 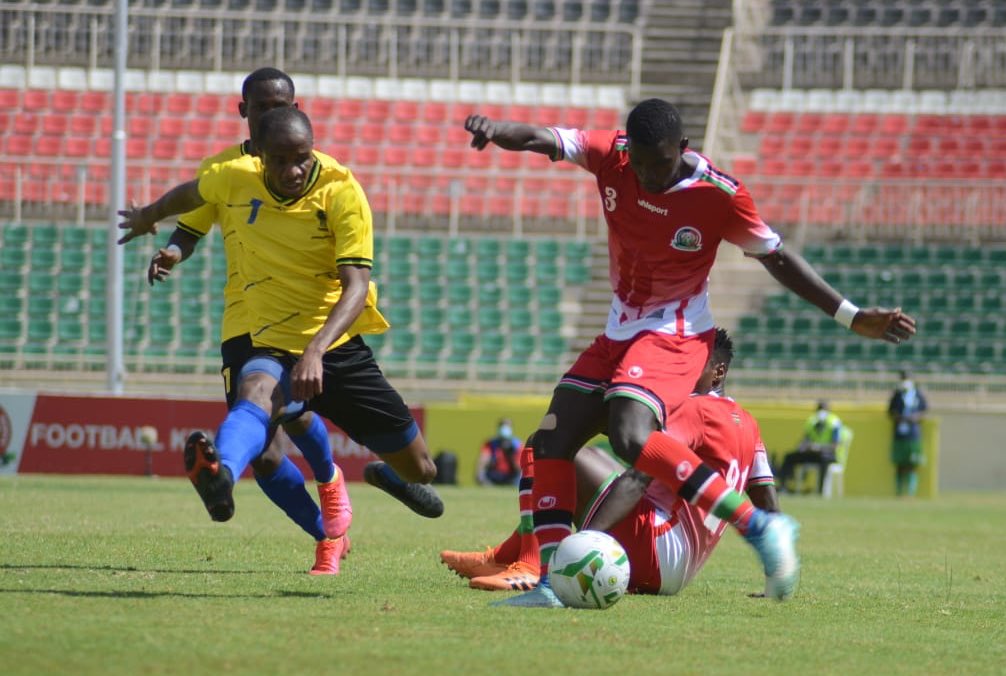 Kenya pip Taifa Stars in build-up ahead of Afcon qualifier

The Harambee Stars of Kenya pipped Tanzania 2-1 in their last international friendly match ahead of an important Total Africa Cup of Nations (Afcon) qualifier against Egypt.

Eric Kapaito and Abdalla Hassan netted for Kenya, while Ayub Lyanga scored for the Taifa Stars in a game played at the Nyayo Stadium on Monday.

Kenya used the game to prepare ahead of their game against Egypt, while Tanzania play away to Equatorial Guinea in a Group J encounter.

Jacob ‘Ghost’ Mulee, the Harambee Stars coach said he was happy with the fighting spirit of the players after the first half ended 1-1

“These games against South Sudan few days ago and now Tanzania have helped my team get into proper match practice and am happy with the strides we are making,” said Mulee.

The coach said he will wait for the professional players to come and gel with the other local players. The two teams Kenya and Taifa Stars will face off against in a second friendly match on Thursday.

Egypt who are yet to suffer defeat after 4 games top Group G with eight points, while Equatorial Guinea also have eight points. “We need to keep working hard because the game against Egypt will be a tough one,” added Mulee.

Uganda, Tanzania and Burundi are the teams from the Council of East and Central African Football (CECAFA) zone that qualified and feature in the 2019 Afcon held in Egypt.