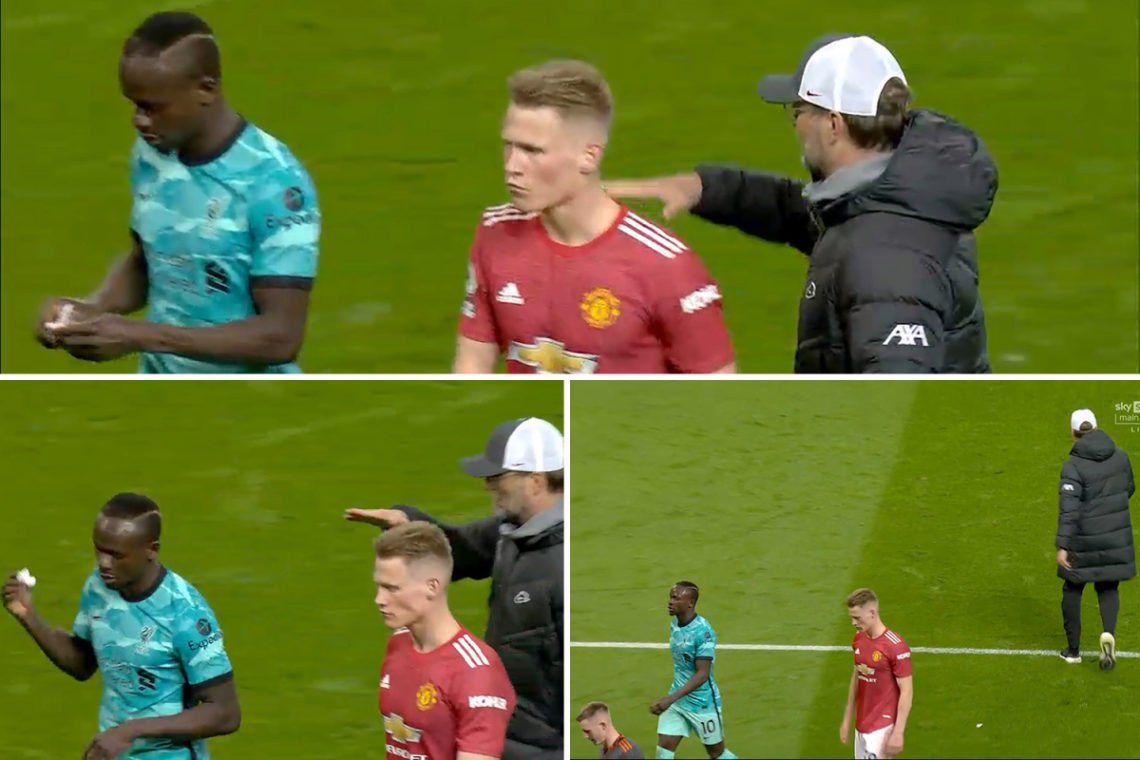 Sadio Mané refused to shake the hand of his coach Jurgen Klopp after Liverpool's 4-2 win over Manchester United on Thursday. The Reds coach preferred Diogo Jota to the Senegalese winger at kick-off. This certainly frustrated his No10.

Liverpool's number 10 Sadio Mané (29) was left on the bench in favor of Diogo Jota during the match against Manchester United. The Senegalese striker, who came on as a substitute in the 74th minute, refused to shake hands with his coach Jurgen Klopp after his team's 4-2 win at Old Trafford. A gesture of mood that has caused much talk on social networks.

The German coach was however keen to defuse the tense situation in front of the microphones. "There is no problem. I made the decision late yesterday to play Diogo. The players are used to that. I usually explain things but I didn't have the time, everything is fine," said Klopp. After four great seasons at Liverpool, Sadio Mané is facing a rather difficult year in 2020-2021.

With two games left in the Premier League, the Senegalese has not yet reached the 10-goal mark. This has never happened to him before. In fact, Mané admitted last weekend that he was probably having the worst season of his career. In 32 Premier League games this season, he has nine goals and six assists.

Worrying statistics that could stir an exit option for the player who was once a Real Madrid target. Life in general seems unsettled this season for Mane and Liverpool as they are looking at a barren season in two weeks time. The victory against Manchester United on Thursday night might have increased their chances of playing Champions League football next season.