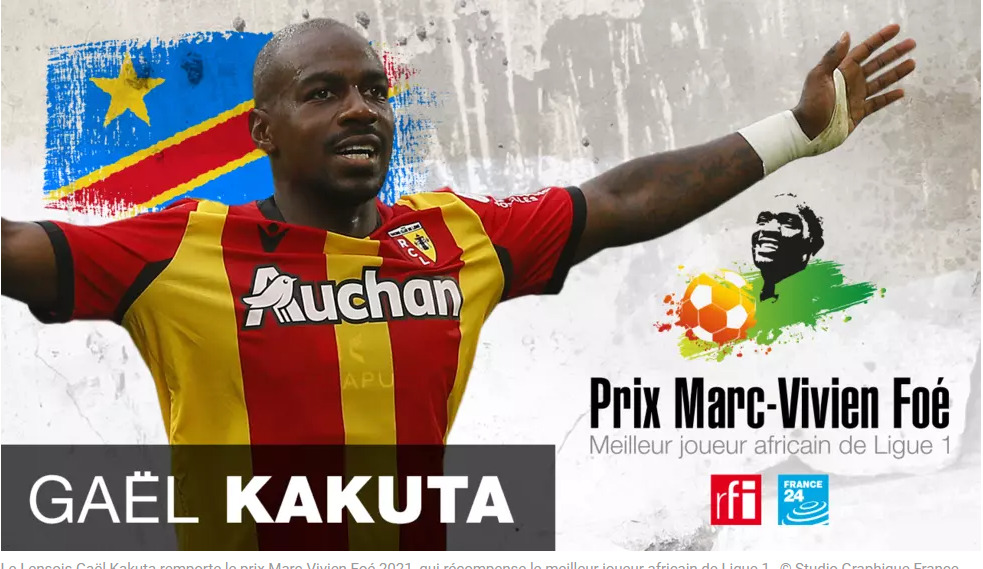 Finally, a reward for Gael Kakuta. Winner of the Marc-Vivien Foe 2021 Award, the Congolese international has received his first international recognition after a career that began in 2006.

Gael Kakuta has finally been recognized for his talent. This year's winner of the Marc-Vivien Foé Award, the Congolese international has been flying high in the domestic competition. This prestigious individual distinction, awarded by RFI and France 24, could not escape the Leopard.

Elected by a jury of 100 journalists, he beat off his competitors, who were eleven in number at the start. Kakuta came out on top with 219 points, ahead of Andy Delort (Montpellier, Algeria) who scored 118. Tino Kadewere (Lyon, Zimbabwe), closes the podium with 70 points.

Speaking to RFI, the winner said he was "proud" of his first individual trophy: "I take it with great satisfaction. It's a good season for all of us and I am rewarded for it."

This season in Ligue 1, Kakuta has taken his claws to the French game, scoring 11 times and provided five assists in 33 games for Lens. And if the promoted Lens (6th, 56 pts) are still hoping to play in a European Cup next season, it is largely thanks to the performances of the former Chelsea player.

Kakuta's footballing career has not been a smooth one. The tide has been high at times, and the waves have often swallowed him up. But the 29-year-old midfielder has always managed to keep his head above water.

At nearly 30 years of age, he is now enjoying stability in the North of France.

Trained at Lens, the man who was nicknamed "Black Zidane", very soon tried his luck in the Premier League. Chelsea fell for the jewel in the crown, who was barely 17 in 2007. The Blues hoped to polish him into a gem. Except that the adventure turned out to be short-lived. In five seasons at Stamford Bridge, Kakuta played only 18 games. Loaned to Fulham (2010-2011, 7 games, 1 goal), then to Bolton the following season (6 games, 1 goal), his career began to stall.

The Congolese international returned to France to join Dijon in 2012. He recovered as best he could, scoring 5 goals in 16 games. However, he will not be retained. He then went on loan to Vitesse (Netherlands, 38 games, 5 goals in two seasons) and Lazio (Italy, 2 games).

Finally he gets stability at Lens.