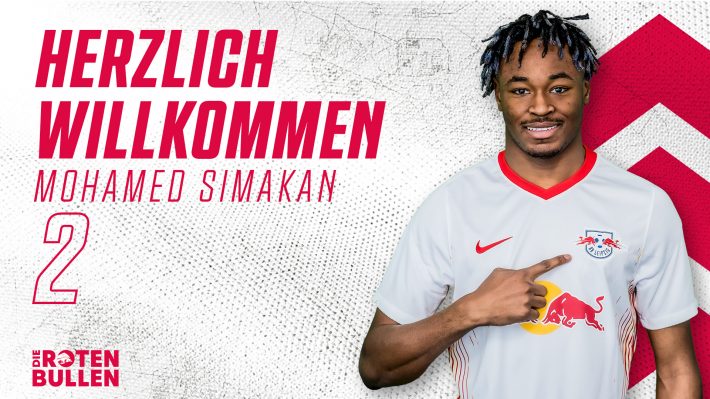 The Franco-Guinean defender signed a five-year contract with the ambitions German club. He has been attributed the number two jersey.

Leipzig are delighted to have acquired the services of the young and promising defender.

"We're happy he choose Leipzig, in spite of interest from a number of other clubs," said Leipzig’s Sporting Director Markus Krösche.

"Mohamed is still young at 20 and has plenty of potential to develop, but has already become a key player at Strasbourg."

Simakan has featured in 19 league games this season for Strasbourg in the French top flight scoring one goal and providing one assist in his breakout season with the club.

Strasbourg are currently ranked 15th on the French Ligue 1 table after 30 playing days with 33 points.

Leipzig under the tutelage of the young and dynamic Julien Nagelsmann are reputed to bring through exciting young players and turn them into finished articles. Simakan is very much aware of that.

"I decided to join Leipzig because I believe it's the best club for my career development," he said.

“I want to integrate as quickly as possible and play my part in helping the club achieve their big objectives."

Though he was born in France, Simakan is of Guinean descent.

His top performances with Strasbourg in Ligue 1, caught the eye of French U-20 coach Bernard Diomède who called him into the French youth team. He played his first game as a starter against Slovenia in which he scored a header that helped them secure a 2–2 draw.