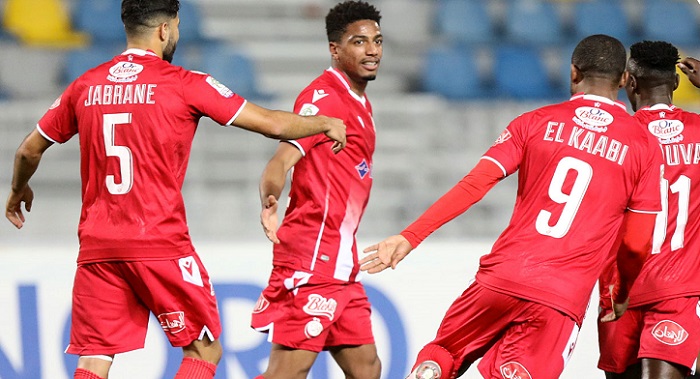 Wydad of Casablanca, who were dethroned by Raja last season, are in the process of winning back their title. The Reds, who qualified for the quarter-finals of the CAF Champions League, are autumn champions with one day to go in the first phase.

Last season was more than frustrating for Wydad de Casablanca (WAC): a title loss to their arch-rivals, an elimination in the King's Cup and in the semi-finals of the Champions League. To regain the title and achieve a better record in Africa, the Reds have strengthened their squad with several key recruits.

In addition to the arrival of Tunisian coach Faouzi Benzarti at the head of the team, they got their hands on Tanzanian Simon Msuva, well experienced in the Moroccan D1, Mohammed Ounnajem and Muaid Ellafi (Libya). A flair that is paying off.

WAC has recovered from its defeat (2-3), last week, against Ittihad Tangier, as they crushed Renaissance Berkane (4-0) last Sunday in the late match of the 8th day of Botola Pro D1.

The Reds have a 4-point lead over their runner-up, Raja, with one day to go in the first phase. Better still, they remain the best attack in the championship, led by the attacking trio El Kaabi-Ellafi-Msuva (15 goals). Their defence is also ranked 3rd with 13 goals conceded. The Libyan Muaid Ellafi also shines in the passing department with 5 assists for his teammates.

Clasico" to end the first phase

Widad are well on their way to another league title this season, which would be their 21st in their history. However, the task will be far from easy with the succession of matches and the numerous injuries. A fact that has caused their 7-point lead over their nearest challengers to melt away during the first phase.

However, the Reds are still the most consistent team, as they have led the table ten times this season. In the next round, WAC will face AS FAR in the Moroccan Clasico. The military are currently 4th and could well thwart Benzarti's plans.

But before this crucial meeting, WAC will have to win their cup quarter-final against Chabab Mohammedia on Wednesday 5 May. With a well strengthened squad, the team seems to be cut out to go for trophies this season. To do this, the Reds will have to limit the accidents experienced last season. A first test is coming up in 24 hours. It is up to them to confirm this.