Mount Cameroon Race: Over 500 Athletes Challenge “The Chariots of the Gods.” 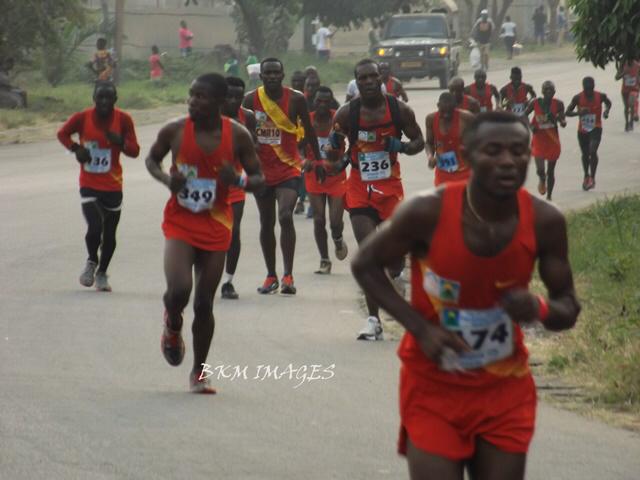 The 26th edition of the Mount Cameroon Race Of Hope will take place in Buea on Saturday, February 27th 2021.

516 athletes from 9 countries will try to dethrone last year’s champions, Godlove Gabsibium in the men’s and Carine Tatah in the women’s categories.

According to the list published by the Cameroon Athletics Federation, FECATHLETICS, 516 athletes will participate in this year’s event. The year there is a slight drop in the number of athletes taking part in the annual event.
There were 550 last year athletes last year, compared to this year’s 516.

The event brings together athletes from all parts of the world. This year’s event will have 20 foreign athletes from eight countries: Kenya, Rwanda, Uganda, Niger, Equatorial Guinea, France, Tanzania, Morocco and the DR Congo.

There is a slight increase in the number foreign athletes, moving from 17 last year from six countries to 20 this year from eight.

The race is divided into three categories for both men and women. The the Junior, Senior and Veterans Categories.

In the Senior Category a total of 275 athletes including 43 women and 232 men will take part in the race. While in the Junior Category, there will be 136 athletes, 29 girls and 93 boys. The Veteran Category reserved for the elderly including former champions, is made up of 22 women and 83 men to give a total of 107 athletes.

Each winner in the men's and women's categories will receive a cash prize of 10,000,000 francs CFA.

Athletes are also permitted to participate in teams of three known as the Relay Category.

Though the event began as far back as in 1973, the first Mount Cameroon Race of Hope took place in 1995.

The first edition of the race that took place in 1973 was organized and sponsored by Guinness under the name Guinness Mount Cameroon Race. In 2005, control of the event was taken by 12 local committees in Buea and representatives of the national Cameroon Athletics Federation (CAF) and the Ministry of Sports and Physical Education. That was when the name of the event was also changed to the Mount Cameroon Race of Hope.

About 5,000 visitors come to Buea each year to witness the hugely popular race that is often accompanied by Cultural and sporting event like the highly awaited display of the dreaded ‘Malay Dance’ of the local ‘Mokpe’ people. Other artists, choral groups, and dancers as well and basketball, handball and volleyball tournaments often accompany the race.

Since the beginning of the ongoing Anglophone Crisis in the two English speaking regions of Cameroon, there has been a drop in the attendance of the event but organizers are hoping that with the return of relative calm, the race will witness its traditional affluence and fanfare.

The Fako Mountain in which the race takes place is situated 180 miles west of Yaoundé, the capital of Cameroon. It is the highest mountain in West Africa. It is still an active volcano having lastly erupted only five years ago. It is seen as a sacred place for the local Mokpe people who live on its surrounding slopes.

The 38 kilometers race begins at Molyko Sports Complex in Buea and follows a path up to the summit of Mount Cameroon and back.