Niger-Daouda Kassaly: "I don't want to think about the end of my career'' 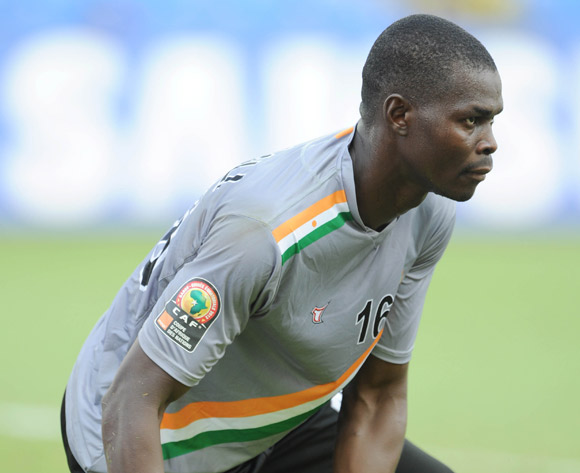 Niger-Daouda Kassaly: "I don't want to think about the end of my career''

Daouda Kassaly is the most capped player in the history of the Nigerien national team (78 appearances) and will soon be 38 years old (on 19 August). The goalkeeper of Katsina United (Nigeria), who has just spent several days with his national team during a training camp in Turkey, sees himself continuing his career for at least two more years. Before facing Akwa United, leader of the Nigerian league, on Wednesday 23 June, Daouda spoke at length to Sport News Africa.

Sport News Africa: Niger spent a dozen days in Turkey, a gathering marked by three defeats against Gambia (0-2), Congo (0-1) and Guinea (1-2). What is your assessment?

Daouda Kassaly: It's a shame to have lost these three matches against good teams. We would have liked to have better results. But we shouldn't only remember these three defeats. What was important was to get together, even if some of the players weren't there. The coach, Jean-Michel Cavalli, made us work hard. The training sessions, the matches, the video sessions allowed us to correct certain things. It was important, in view of the World Cup qualifiers that will start in September.

Niger will face Algeria, Burkina Faso and Djibouti. The mere presence of the African champions in their group leaves little room for optimism.

It's a very difficult group. Algeria, of course, is the best team in Africa, and Burkina Faso is a safe bet. I don't know the Djibouti team, but we have to be careful. The Algerians and the Burkinabes are superior, but we will defend our chances. We will play in September at home against Burkina Faso and then in Djibouti. If we get off to a good start, it will give us confidence. You never know. But Niger is not a big footballing country like Algeria, Nigeria, Senegal, Cameroon or Côte d'Ivoire. It's difficult to compete. We don't have players who play for big European clubs. We lack experience. That's why we are aiming for an African Cup of Nations qualification, like in 2012 and 2013.

"When I stop, I hope to pass on my experience to young goalkeepers. At a club in Niger, maybe in the national team."

You have been a senior international since 2002, and you seem well on your way to continuing your career with Niger...

I am in great shape. The more I play, the more I feel like I'm making progress. I don't feel worn out. But I know that one day in future, we'll have to make room for younger keepers. That's normal. Because you also have to prepare for the future. I still want to continue my playing career for another two or three years. And when I stop, I hope to be able to pass on my experience to young goalkeepers. At a club in Niger, maybe in the national team. I'm under contract until 2023 with my club in Nigeria. So I don't want to think about the end of my career, even if it will happen one day.

You have been playing in Nigeria since the end of 2018, a country known for its security problems. What is your daily life like in Katsina?

Nigeria is indeed a country where there are security problems. In Katsina it's fine, but you still have to be careful when you travel with the team for league matches. We almost always travel by bus. We never travel at night, we stop in a town to sleep and leave the next morning. I live alone in Nigeria. My family stays in Niamey. My wife is a doctor, so she couldn't come with me. As I am not very far from Niger, I can visit my relatives from time to time. Otherwise, the Nigerian league is of good quality. There are quite strong teams. It's quite physical football. In my opinion, the Nigerian league is among the seven or eight best in Africa.

"I would have liked to play in Europe again''

You played in South Africa, at Chippa United, from 2013 to 2015. The South African league is touted as one of the best on the continent...

Yes, it is. It's a very good league, the clubs are well structured, they have resources, the stadiums are modern. The salaries are good - I was earning 2,500 euros a month excluding bonuses - and I had a good experience in South Africa. I would have liked to stay there, but because of a disagreement with the agent who brought me there, I had to leave.

You also played in Gabon, for Mangasport. A league that has a bad reputation because of the increasing number of cases of unpaid salaries to players. Did you personally suffer from this situation?

No. When I was there (January 2015-December 2016), I never had any problems. I was paid, everything was fine, the championship was going on normally. In fact, it was mainly in Romania, at Rapid Bucharest, between January and June 2009, that I encountered difficulties in receiving my wages. There was an economic crisis, and I was not paid for several months. After six months, as I couldn't stay like that without being paid, I went back to Cameroon, to Coton Sport of Garoua. It's a pity, because I had enjoyed my experience in Europe. In Romania, people were nice, welcoming, I don't remember being a victim of racism once. I would have liked to play in Europe again, but I never had any offers.