Menu
Fermer
Menu
close
1 month |
At a glance, Other sports 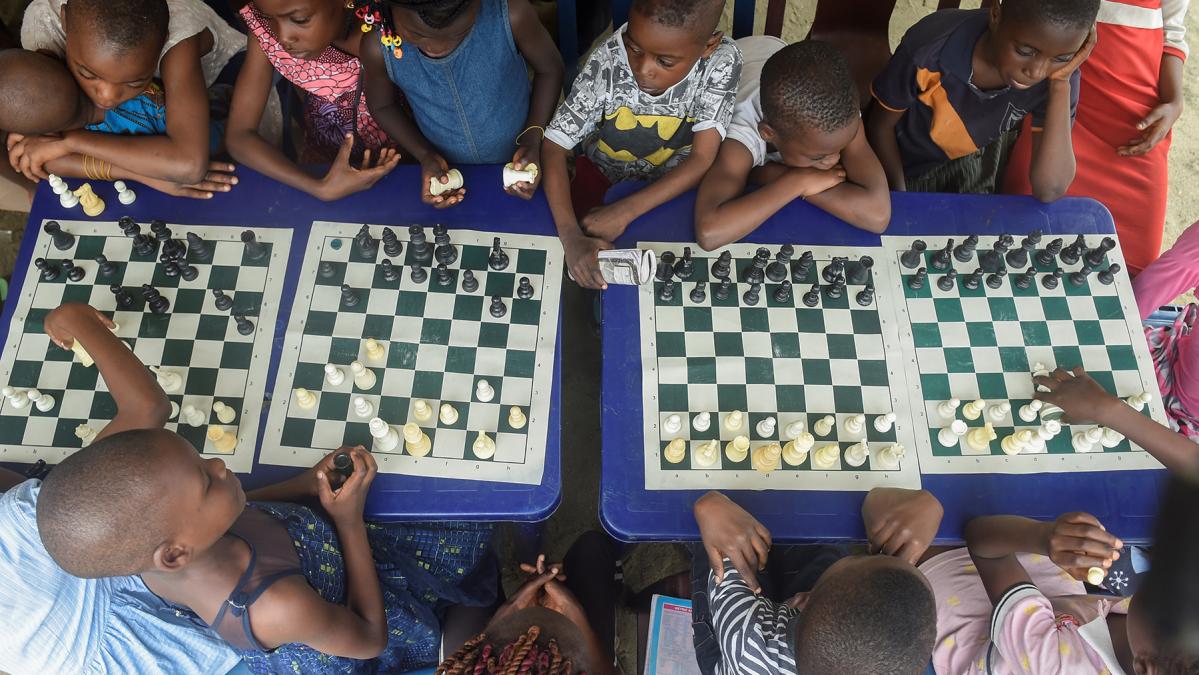 In some Nigerian slums, many young people are trying their hand at chess. They hope to become champions and escape from poverty.

It resonates all the way to the Nigerian slums. The story of Elisabeth Harmon (Anya Taylor-Joy), the main protagonist of the miniseries The Lady's Game, has inspired young Nigerians in the slums. Not all of these children have seen the Netflix production, but many of them hope to embrace the destiny of this young orphan girl, who found her way through chess.

This is the case of Omoyele Michel. He is one of a dozen children from a Nigerian slum who are taking part in a neighborhood chess competition where the winners are offered $100 (just over €80). But this young man doesn't draw his inspiration from the Netflix mini-series, rather he has the film Queen of Katwe in mind.

"Become a champion and get rich"

This American biographical film, directed by Mira Nair, tells the story of a girl who, through chess, escapes the poverty of her Kenyan slum. '' I learned from this film that no matter what background you come from, you can be a champion," says Omoyele Michel, quoted on rtbf.be. Living here is difficult: sometimes you don't have food, so I have to work for food. By working hard at chess, I can win, become a champion and be rich.

In order to realize their dream, these young Nigerians can count on a valuable partner: Tunde Onakoya. This lawyer has launched the foundation "Chess in Slum Africa". He teaches the children chess strategies to unlock their potential. However, the aim is not to teach them the tricks of the trade so that they become chess champions only. They should become life champions through this.

At ChessKid, we believe that chess can be a force for good. Earlier this year, we connected with @chessinslums. It has been an incredible journey, and we are excited to share our progress with you.

For the holidays, we are sharing their new GoFundMe: https://t.co/mcydwDAbRB pic.twitter.com/zFwEkCPxJp

Onakoya confides to rtbf.be that chess is a way to train a new generation of intellectuals, children who will be curious enough to question everything, curious enough to innovate. "We have a lot of success stories and we hope to repeat them in other communities. Every child deserves this opportunity to discover themselves and become as good as they can be," he argues.

The lawyer is beginning to see the results of his work: in December 2020, young Omeyele shone in a virtual team tournament. He and his partners beat the French, Chinese, Lebanese, Algerians and other Nigerians.