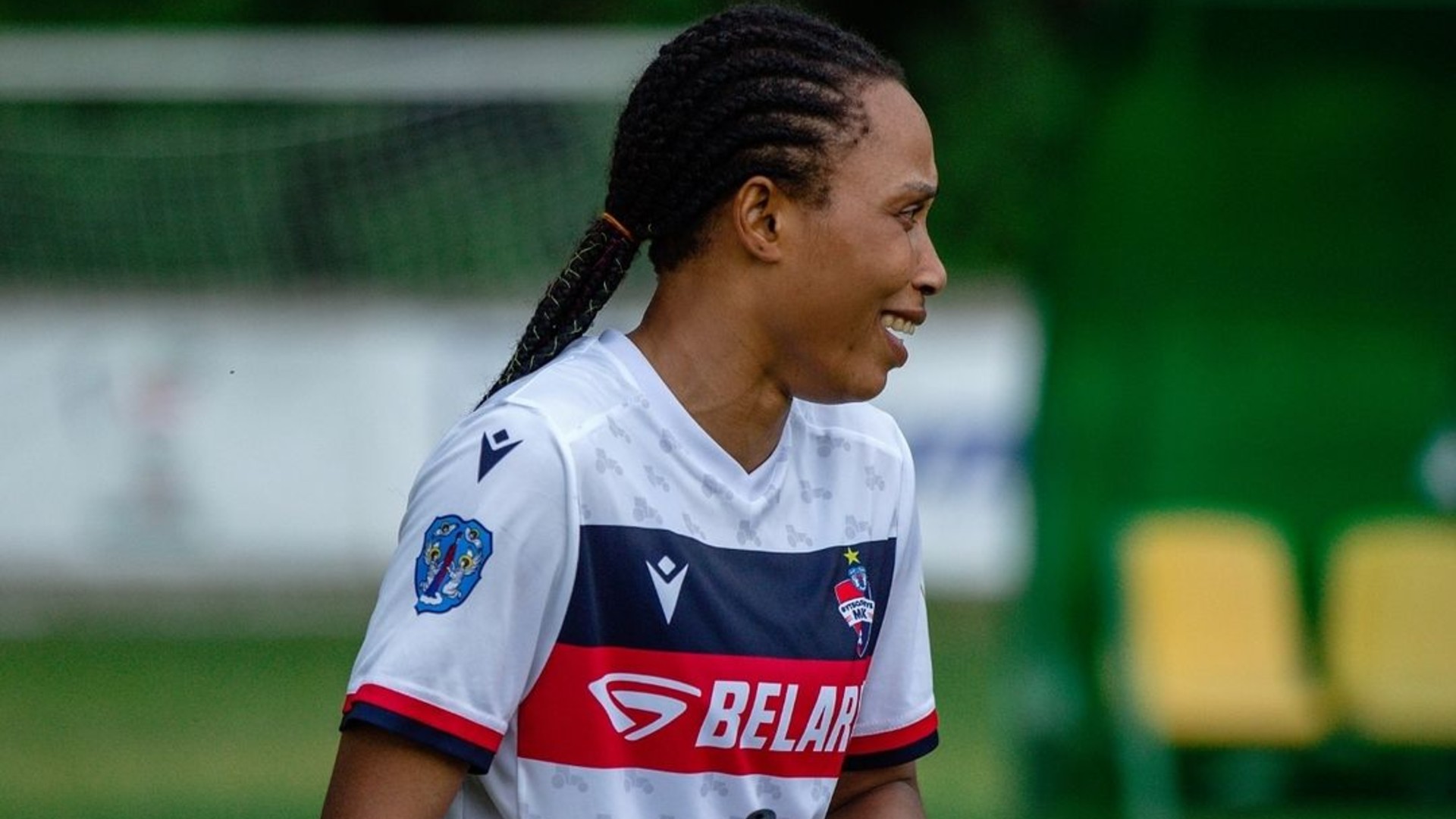 Following her return to Belarus from the Summer Series outing with Nigeria in Texas last week, the Super Falcons center back starred as Minsk edged Neman in a penalty shoot to reach to Belarusian Cup final last time out.

In a bid to keep up alive their title dreams, coach Andrei Pyshnik handed the Nigeria international her sixth start of the season and she shone incredibly, finding the back of the net thrice in her side's win over the visitors.

As expected, the former Belarusian champions got off to a flying start at Traktar Stadium when they found the breakthrough courtesy of Karina Stankevich brilliant finish in the 10th minute.

The hosts did not allow their opponents much time to recover from the heartbreak of conceding the opening goal when Anastasia Pobegaylo doubled the lead a minute later.

Ebi struck in the 17th minute to add the third of the match before Pobegaylo got her second of the day 11 minutes later and the Nigerian veteran center back grabbed her brace of the match on the half hour mark.

Three minutes later, the rampant Minsk were gifted the sixth when Shilo mistakenly turned the ball in her own net and Natalya Asmykovich netted the seventh in the 36th minute to end the first half on a high.

Two minutes after the restart, Pyshnik's side continued from where they left off as Anna Kashinskaya notched the eighth of the encounter and Ebi broke a 29-minute long resilence of the visitors to complete her treble.

Substitutes Elizabeth Pinchuk and Tatyana Shereshovets found the back of the net in the 83rd and 86th minutes to ensure Minsk extend their impressive run of form in the Belarusian topflight.

With her maiden career hat-trick, the defender, who was the first African to feature at five World Cup tournaments, lasted the duration of the game and has now scored four goals in six league appearances this season.

At 38 years and 50 days old, Ebi is now the oldest female African player to register three goals in a single game in an European league since compatriot Gift Otuwe did so for Bobruichanka against Gomel in May 2021, at the age of 36.

The win keeps Minsk in the second position, although level on points with leaders Dinamo Minsk at the top of Belarusian topflight table but separated by goal difference with 36 points from 13 games.

Ebi will be hoping to continue her fine restart to life in Belarus when they welcome Minsk visit Dinamo Brest on June 30.