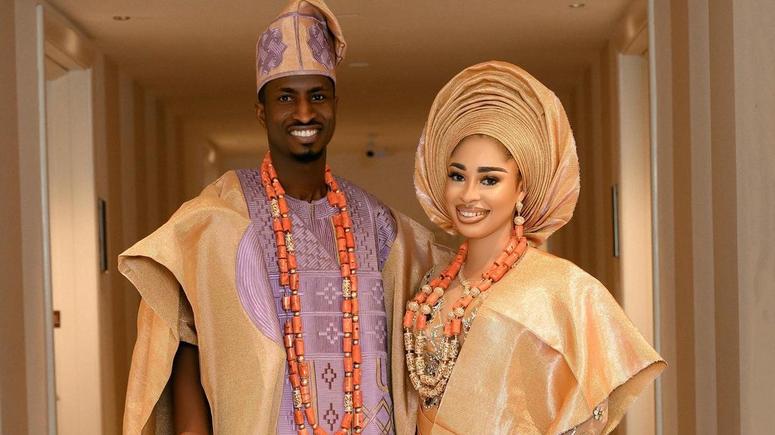 Slavia Prague forward Peter Olayinka has tied the knot with his heartthrob, Yetunde Barnabas, at a private ceremony in Lagos during the weekend.

Barnabas is popularly known for her role in Nigerian television sitcom Papa Ajasc, where she plays the role of Miss Pepeiye in Wale Adenuga's hit comedy hit series, Papa Ajasco. She is also a former beauty queen who was crowned Miss Tourism Nigeria in 2019 and the Most Beautiful Girl in Abuja the same year.

While the elated actress was congratulated by fans and friends, having taken to social media to share the good news, the Super Eagles star also was accompanied by national teammates.

On her verified Instagram page, the screen diva shared several pictures and videos she took with her husband and several family members at the Ikoyi registry.

The football stars did not hesitate to up their fashion game with their outfits and in company of their spouses.

Nigeria captain Ahmed Musa, who plies his trade at Kano Pillars, was in attendance at Shehu's ceremony after Friday's Juma'at prayers.