Ghana Olympic Committee goes to the poll on 15th March 2021. 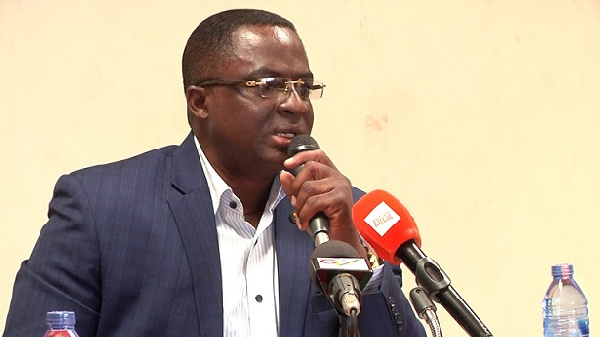 Candidates contesting in the upcoming Ghana Olympic Committee elections scheduled to take place on Monday, 15th March 2021 have balloted for positions on the ballot paper today at the Ghana Football Association secretariat.

A total of 35 candidates are vying for 19 positions in the upcoming Elective Congress. Out of this number, only two are women.
Positions up for grabs on the GOC board are President, three Vice Presidents, Secretary-General, Deputy Secretary-General, Treasurer, Deputy Treasurer, five representatives from Olympic Sports, one representative from non-Olympic sports, and three other members elected by congress.

The incumbent President, Ben Nunoo Mensah would be placed on number two on the ballot paper whilst on the number one spot is Richard Apokavie ESQ, President of the Ghana Hockey Association vying to be the GOC president.
Meanwhile, Nunoo Mensah is hopeful of retaining the seat as he believes that he has been able to run a successful first term.
In a statement to delegates, he expressed: “I have duly put myself up to serve you again for another 4 years as President.
It is my fervent wish that you will give me the mandate again, so we can continue to build on the success we have chalked”.

Full details of the balloting done ahead of the election are below:

One elected member from a non-Olympic sports federation

One elected member from a National Federation affiliated to the GOC:

Three other members elected by Congress:

6. Nana Adu Mankattah – Sports for All