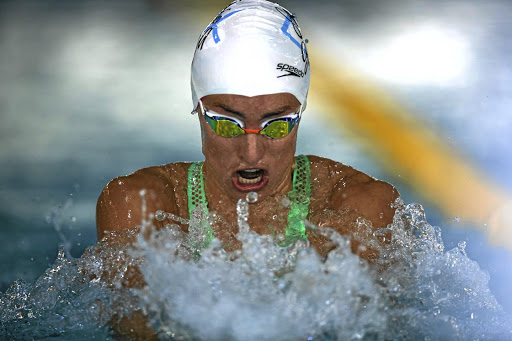 Tatjana Schoenmaker is already ready for the 100m breaststroke final to be contested on Tuesday. The South African is the favorite for this event, but she should watch her back as the threat of the American Lilly King is felt.

Tatjana Schoenmaker ended Lilly King's winning streak in the 100m breaststroke. In the semi-final of this distance, Schoenmaker was trailing in the first 50 meters. But the South African swimmer came back strongly to beat defending champion Lilly King, who has remained unbeaten since 2015 in this event.

Schoenmaker won the semi-final of the 100m breaststroke on Monday. She qualifies for the final, which will be contested on Tuesday. King, who is also the world record holder, suffered her first defeat in a 100m breaststroke race since 2015. She finished second in a time of 1'05''40.

The 24-year-old American from Evansville, Indiana, took the lead very quickly and led for more than 40 metres. Schoenmaker then stepped up her pace to turn in front of Lilly by 30.48 seconds.

"It's like a dream
The 24-year-old South African then steadily increased her lead and eventually widened the gap to win by more than three tenths of a second. "In this race I just wanted to find a good lane for the final. So that we can rest now and then be ready for the final," said the African swimmer. "It's still so unreal (what she is experiencing now). It's literally like a dream," Schoenmaker continued.

A specialist in the 200m breaststroke and the great favorite for this event, she will not shy away from a medal in the 100m breaststroke. If she manages to win gold in both distances, Schoenmaker will become the second woman in her country to win both gold medals in breaststroke after Penny Heyns, who achieved such a feat at the 1996 Atlanta Olympic Games.