Pepe deplores the lack of concentration at Arsenal. 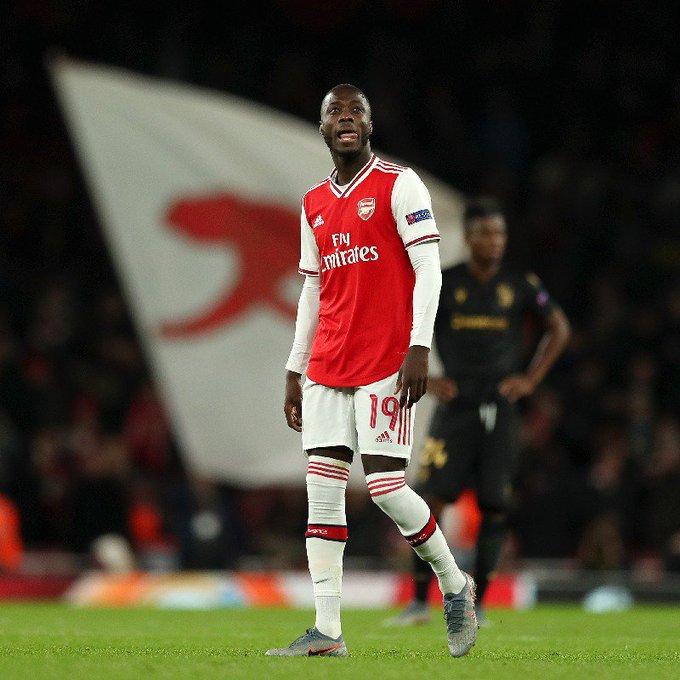 Nicolas Pepe frustrated by the defeat of Arsenal against City.

Pepe is frustrated by the passivity of his teammates at Arsenal, beaten on Sunday in the Premier League by Manchester City (0-1). The Gunners conceded a goal from Raheem Sterling after only 79 seconds of play. This recent failure at the Emirate Stadium is affecting the morals of some players.

Pepe suggests a quick resolution of "concentration problems" at Arsenal. Raheem Sterling had only 79 seconds to take advantage of the space between the two center backs and score. Arsenal lacked the impact to avoid defeat. "In this game, there was this goal, and then nothing. We have concentration problems, we have to solve them," Pepe said (24 selections 5 goals).

However, Pepe and Arsenal were developing good possession sequences notes the Ivorian, "we had chances in the game." But the players were unable to find the killer pass in the last third. Worse, the Gunners only managed one shot on target especially since Manchester City was content to dominate most of the match without really seeming to play at its best.

Arteta acknowledges, moreover, a lack of involvement from some of his men "in the first 10 minutes. It's really frustrating because it's a tactical aspect we were prepared for. We had to come out of the block in a very strong, very convincing way. We did the opposite and gave them time. Against City, if you want to win, you can't do that."

Arsenal, currently 10th in the Premier League, are moving away from the European places. The Europa League is perhaps its only chance of returning to the Champions League next year by winning this year. Pepe can be of great help to the team as he is particularly effective in this competition. Indeed, in seven games, the Ivorian international (25 years old) has three goals and three assists.