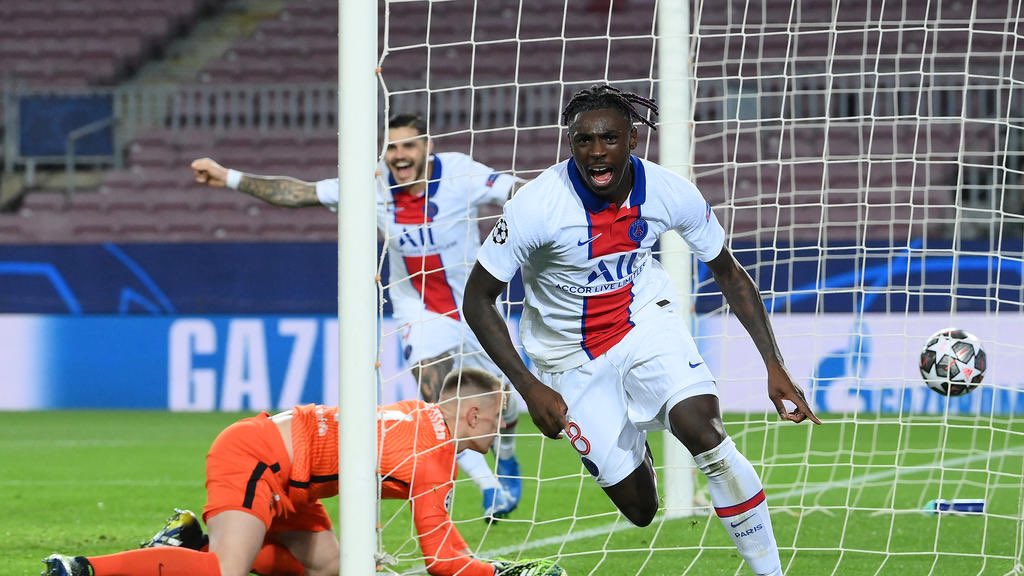 While he is flourishing well at PSG, Moise Kean should not spend more than one season in the French capital. Everton his parent club would claim 80 million euros to let go of theirs 20-year-old striker.

Moise Kean and Danilo Pereira are among the biggest surprises of the last summer mercato in Paris. The young Franco-Ivorian is indeed having a great time at PSG. Since the start of his pro career in 2017, when he was barely 17, Kean has never been so prolific.

As Mauro Icardi's understudy or in the starting line-up, the former Juventus player remains effective. His stats speak volumes for a 20-year-old who is discovering a new environment. After 26 games with PSG, Moise Kean has 14 goals including 3 in the Champions League. On the European scene, the Italian international made a strong impression at the Camp Nou against FC Barcelona. Lined up on the right side of the Parisian attack, Moise Kean not only prevented Jordi Alba from going forward but Kean also picked offensive points by scoring a goal. This performance against the Blaugrana removed several doubts about Kean's settlement in Paris, but the player is still contracted to Everton until June 2024.

"Complicated to know if we can keep Kean."

However, despite this good season in Paris, Moise Kean might not stay in the capital. Because the 20-year-old player arrived on loan without an option to buy. But in England, the recent performances of the Franco-Italian is wetting Everton's appetite, who would demand 80 million euros to let go of the player. An amount that Paris is not sure to afford.

"Today it's very complicated to know how things are going to go with Kean. It's hard to know if we can keep him. But having him for a year is already something positive. We'll see under what conditions we can see the future," said Leonardo in the French press. These words suggest that Paris will not do anything crazy to keep Moise Kean. In any case, the kid managed to add value to his career so even if he goes back to Everton, he could gain more playtime there.