Rugby: Cameroon to miss out on the Rugby Africa Cup 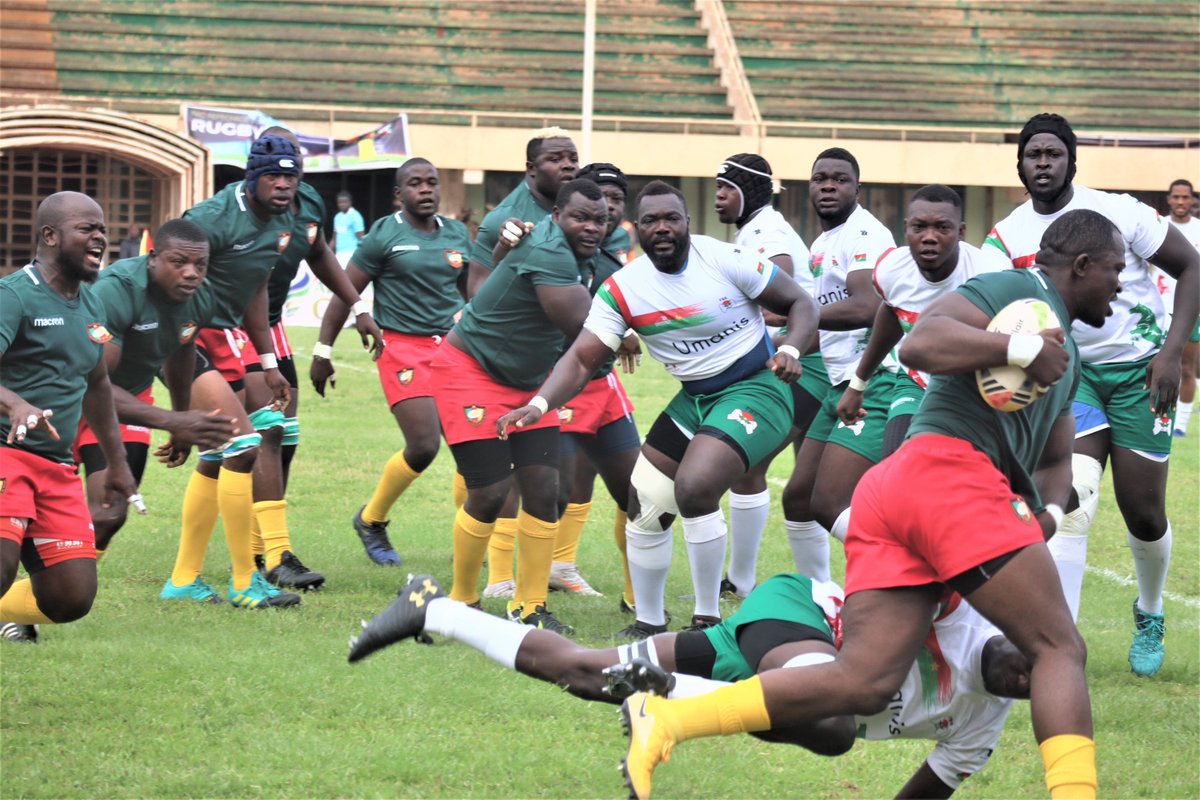 Rugby: Cameroon to miss out on the Rugby Africa Cup

The Rugby Africa Cup tournament started on 5 June 2021 with three teams in the competition (Burkina Faso, Burundi and Cameroon) and ended on 13 June at the Stade du 4 Août in Ouagadougou. The Stallions of Burkina Faso defeated the Indomitable Lions of Cameroon by a score of 17-13.

After the kick-off given by Ugandan referee Saudah Adiru, the Stallions opened the score in the 11th minute with a try by No. 8, Ali Papi Traore. But the conversion was missed. In the 16th minute, Burkina Faso benefited from a penalty from Adama Démé (n°12). Cameroon's No.10, Noël Touko, kicked a penalty in the 25th minute. The half-time break came with the host country leading by a partial score of 5-3. In the third minute of the restart, Ousmane Tioro of Les Etalons (n°15) scored a try. It was a very offensive Burkinabe team that made itself noticed in this competition. The Stallions had other tries (like at 20'20 by Cheick Abass Sawadogo). In the 30th minute, Cameroon were awarded a penalty. During this decisive match, Cameroon accumulated two yellow cards. These were for No. 8 Moctar Hassan (20'55) and Moïse Chimi (No. 14) in the 18th minute of the second half.

Burkina Faso triumphed against Cameroon by a score of 17-13 in front of a crowd of fans more numerous and more electrified than in previous matches. "I think the victory is deserved and I wish the Burkina Faso team good luck for the future," said tournament supervisor Dr Mostafa Jelti.

This victory seemed to surprise many sports observers given the lead that the Cameroonian team had taken in this tournament. "Playing abroad is not easy. '' We gave everything and it did not work. That's sport. We learned from our mistakes," said the captain of the Indomitable Lions, Justin Amougou. According to the Burkinabe coach, Cheikh Amidou Ouédraogo, the morale, the youth of the players, the aggressiveness in defense, the speed in attacks and the discipline were the assets of Burkina Faso to win.

The Rugby Africa Cup tournament was hosted by the Burkinabe Rugby Federation (FBR).

The resounding return of Cameroon to the African and world rugby bodies was not a success in the end. Cameroon will thus join the 12th place of the pool D of the Rugby Africa Cup which is scheduled to be held in Tunisia from 9 to 17 July. The Lions will share this pool with Zimbabwe and Tunisia.