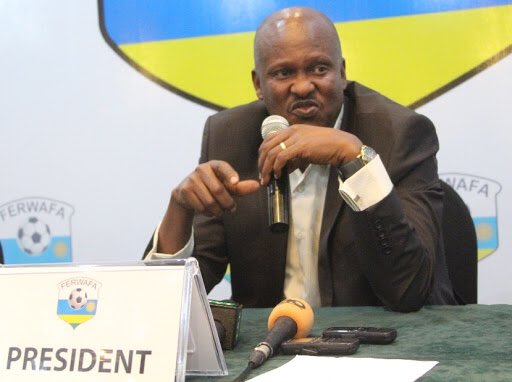 Sekamana who is also a Board member of the Council of East and Central African Football Associations (CECAFA) announced his resignation in a letter to FERWAFA members on April 14th.

In his letter to the FERWAFA General Assembly members, Sekamana said, “ Running a football body requires a lot of time and effort because it is important to monitor it day by day. This requires me to do it as a daily routine. I find that combining it with my other personal responsibilities would have had a negative impact on the development of football.”

Sekamana who became President in 2018 also thanked the FERWAFA members for their confidence in him and the cooperation with him during his tenure.

During the 2018 General Assembly Sekamana beat Louis Rurangirwa 53-45 during the polls to become FERWAFA President.

According to the FERWAFA constitution, the Vice President Marcel Habyarimana will now take charge till the elections take place next year.

But the Amavubi managed to reach the quarter final stage of the 2020 Total Africa Nations Championship (CHAN) where they lost 1-0 to eventual runners-up Guinea.