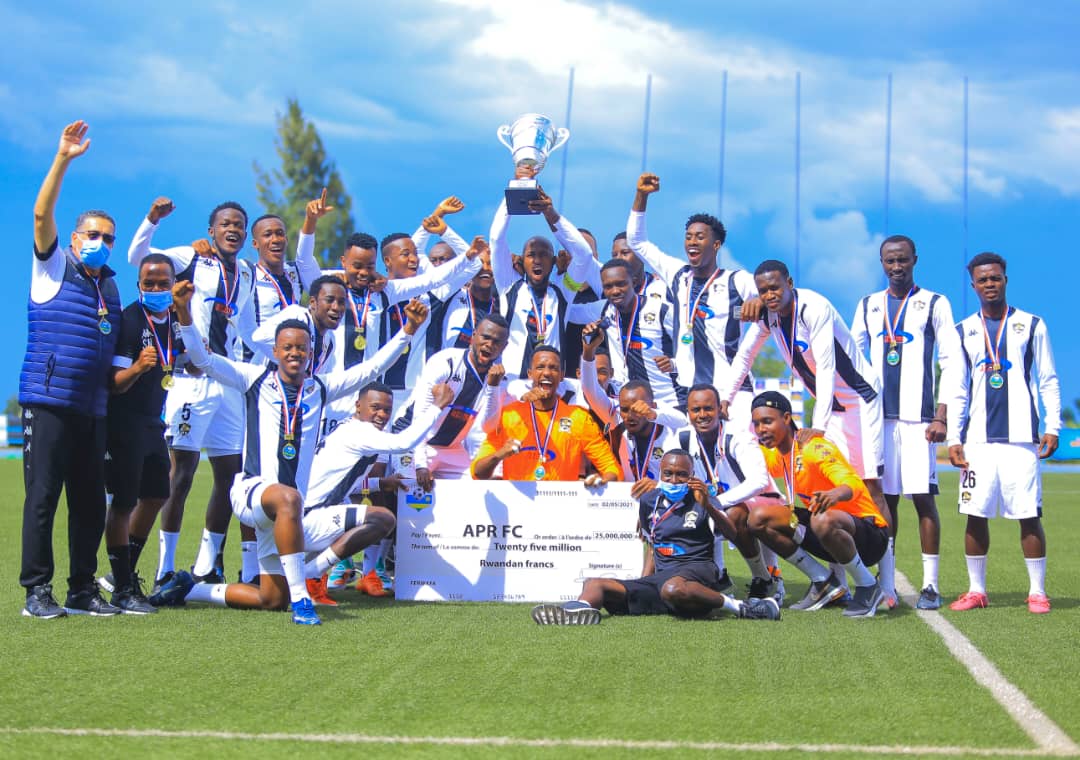 The Rwandan football championship resumed on Sunday 2 May after a four-month suspension due to Covid-19. The defending champions, APF FC, received their trophy on the sidelines of their victory on the opening day.

After more than four months of interruption, due to Covid-19, and a new format, the Rwandan championship resumed on Saturday 1 and Sunday 2 May. The matches took place on different pitches in the country. It is clear that the big teams have negotiated well their first outing. For example, in group A, the defending champion, APF FC, beat Gorilla 2-1.

The Rwandan Football Federation took advantage of the resumption of the championship to officially present APF FC with the 2019-2020 champion's trophy, along with an envelope of 25 million Rwandan francs (a little over 20,000 euros).

In group B, Rayon Sport won (1-0) against Gasogi United at Amahoro Stadium. Sugira Ernest scored the winning goal for his team.

In Group C, Police FC beat Etincelle 5-1, while Mukura were held to a 1-1 draw by Sunrise.

In other results, Rutsiro created a surprise by beating (2-1) Kiyovu, AS Kigali dominated Musanze by 4 goals to 1 and Espoir snatched a victory (1-0) at Marine.

The match between AS Muhanga and Bugesera has been postponed. Ten Muhanga players and two staff members have tested positive for Covid-19.

The Rwandan league matches are played behind closed doors in accordance with health protocol. The second day is scheduled for Tuesday 4 and Wednesday 5 May.