Menu
Fermer
Menu
close
4 months |
At a glance, Other sports 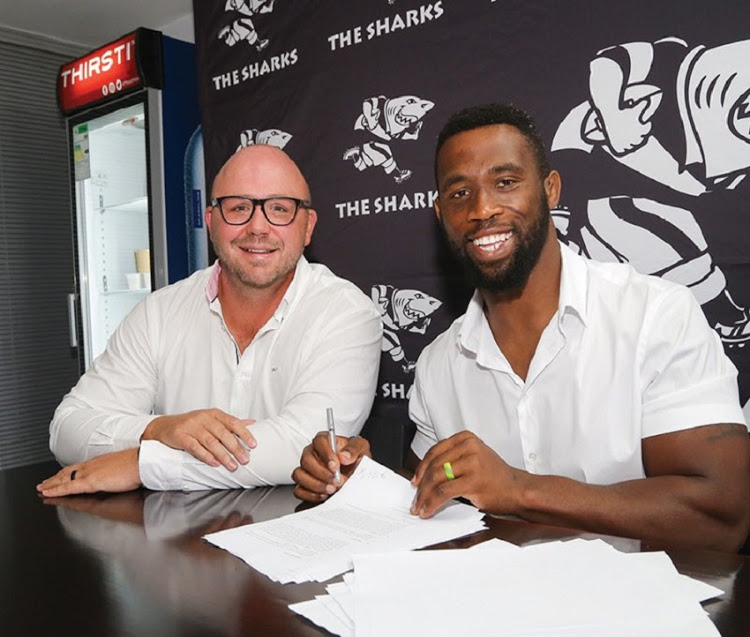 It is official in South Africa. Siya Kolisi joins the Sharks after 11 years with the Cape Town Stormers. The captain of the Springboks now faces a new challenge.

Siya Kolisi joins the Sharks with determination.
RSSFollow by EmailFacebookTwitterYouTubeInstagram

This is the transfer of the decade in South Africa. Probably the biggest transfer in the history of the Sharks. The Durban franchise has managed to enlist the national icon, Siya Kolisi. The first black captain of the Springboks, world champion in 2019, arrives the Sharks his refusal to extend his contract with his now ex-club the Stormers, after 11 years of good and loyal service with the Cape Town Club.

Kolisi thus joins the Sharks for a multi-year agreement. Thus putting an end to months of speculation about his future. "This is a historic day for the Sharks. Kolisi joins our proud franchise as a South African national icon, having led our Springboks team to the top of the world rankings in 2019," the Sharks announced. "He is a classy player and undoubtedly a great ambassador for the game. He's someone our young players will certainly be inspired by. We are convinced that Siya will fit perfectly into our environment," commented CEO Eduard Coetzee.

"I've always had the desire to be the best''.

The new recruit returns the favour. "I immediately embraced the Sharks' vision. The energy around the club, the management structure, the team and the potential for success was so strong," he says.

So it didn't take much for Kolisi to leave Cape Town for Durban once the Sharks set out their vision for the immediate future. "I've always had a desire to be the best. And to play with the best, to reach my potential on and off the field. And this transfer is just another step in maximizing what I can accomplish in my career," said the Boks captain. "It's a very exciting new chapter for me and my family and I'm fully committed to it. I come here with a commitment to give this team everything I have, and I thank the Sharks for this opportunity," concluded the national icon.

Sharks broke the banks to secure the services of a world class player, who will also give this franchise a good publicity boost.