Serie A: Top 3 Africans of the season 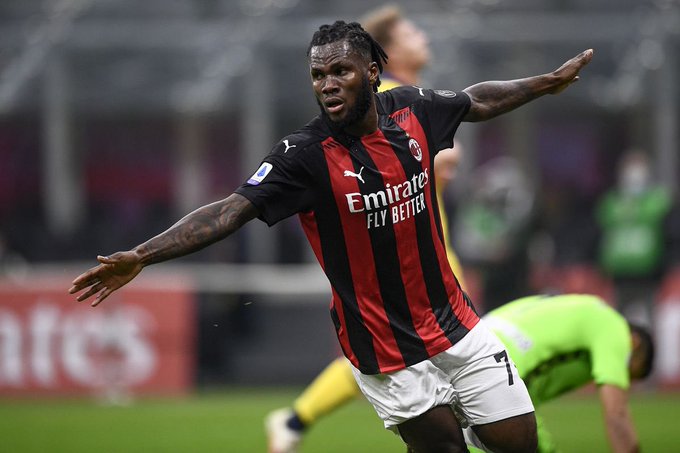 Serie A: Top 3 Africans of the season

The Italian Serie A season ended on Sunday 23 May. For Sportnewsafrica, the Ivorian Franck Kessié, the Moroccan Achraf Hakimi, and the Nigerian Simy were the most successful Africans of the season.

Ivorian Franck Kessié has formed a solid core of AC Milan's play with Algerian Bennacer. Kessié, who has often been injured this season, has nevertheless played a major role in the Milanese club's excellent first half of the season. He took a number of penalties and scored 11 goals. He became the first midfielder to reach the 10-goal mark in Serie A since Brazilian Kaka (2008/2009). The former Atalanta player is also the first Rossonero midfielder to be directly involved in 15 goals since the 2004-2005 season.

With his remarkable season, the 24-year-old is being hailed by many Milan fans as the best player of the season. AC Milan's resurgence in the Italian top four has been largely due to Franck Kessié. A ball-scorer and tireless athlete, he has also made a name for himself with his immense volume of play and forward projection. With his contract due to expire next year, media reports claim that AC Milan are working to renew his lease. However, Europe's top clubs are expected to take a closer look at the situation. 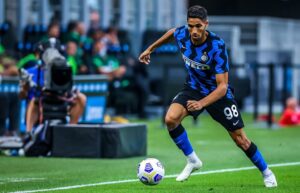 Before joining Inter Milan, Antonio Conte had explained to him how he could be decisive for the team. Everything went according to plan. Conte's 3-5-2 system has helped the Moroccan international to flourish. A very versatile full-back, he played mostly on the right flank, mostly as a piston. With his 7 goals and 9 assists, Achraf Hakimi has been a key factor in Inter's success this season.

After two good seasons on loan at Dortmund from Real Madrid, Hakimi was best known for his qualities as a modern fullback: attacking and technical. This year, the 22-year-old has taken a big step forward. He is already one of the best full-backs in Europe. His contract runs until 2025, and the media is now linking him with Bayern Munich. Despite winning the Serie A title, Inter could be in need of money due to the financial crisis. Transfermarkt estimate the market value of the right-hander, who was bought for €45m last summer, at €50m. 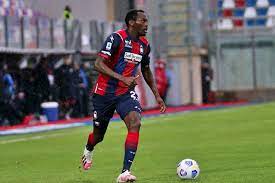 Simy in the big leagues

Simy has the best season of his career

Simeon Tochukwu Nwankwo, known as 'Simy', has hit the 20-goal mark in Serie A this season. This makes him the second African player to achieve this feat since Cameroonian Samuel Eto'o. Although his club, Crotone, returned to the second division, the Nigerian still had the best season of his professional career. In his first two seasons in Serie A between 2015 and 2017, the serial goal scorer had found the net 10 times over the entire period. It was his 20 goals in Serie B last season that got the club promoted to Serie A. He was then the top scorer in the league.

Simy repeated the same performance this year without the current 19th-placed Serie A club being able to avoid relegation. However, as the league's fifth top scorer (on a par with Lazio's star striker Ciro Immobile), the center-forward could remain in Italian football's elite. The 29-year-old, whose contract expires in 2022, could bring in several million euros for his club this summer.