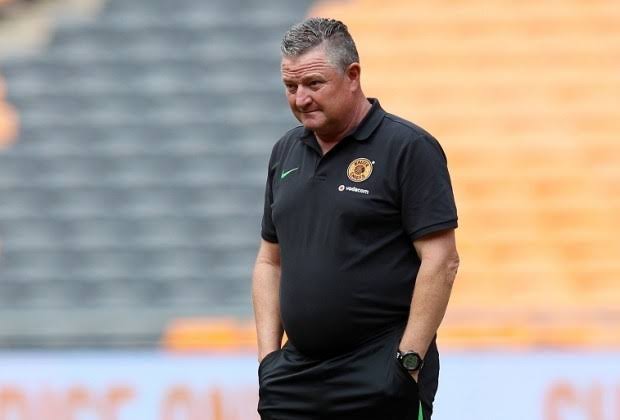 Gavin Hunt is no longer the Kaizer Chiefs coach

South African giants Kaizer Chiefs have announced that they have terminated the contract of head coach Gavin Hunt, less than a year after appointing him.

Despite being in the CAF Champions League semifinals, Chiefs have ended their relationship with the four-time league winning coach. Domestically Chiefs have struggled and currently sit in 11th place on 30 points with two matches to play in the DSTV Premiership, against Golden Arrows and TS Galaxy.

The four-time PSL champions are guaranteed to finish the season with their lowest points tally. They have registered just six wins in 28 matches and have lost 11 times.

Hunt was brought in after Chiefs missed out in the league title on the final day of last season. He replaced German coach Ernst Middendorp and the club's fans had hoped he would bring some success to end the years of misery without a trophy in the cabinet. The last time Chiefs won a major trophy was in 2015, when Stuart Baxter was in the hot seat.

Hunt, however, was unable to deliver for Chiefs and will now have to look for a job elsewhere to redeem himself after the disaster at Chiefs.

Hunt, who was successful at his previous clubs Bidvest Wits, SuperSport United and Moroka Swallows, was unable to sign players this season due to the fact that Chiefs had a transfer ban.

Chiefs have confirmed that Hunt's assistant coaches, Arthur Zwane and Dillon Sheppard, will work as interim coaches until the club finds someone who can take over from the 2021/22 season.