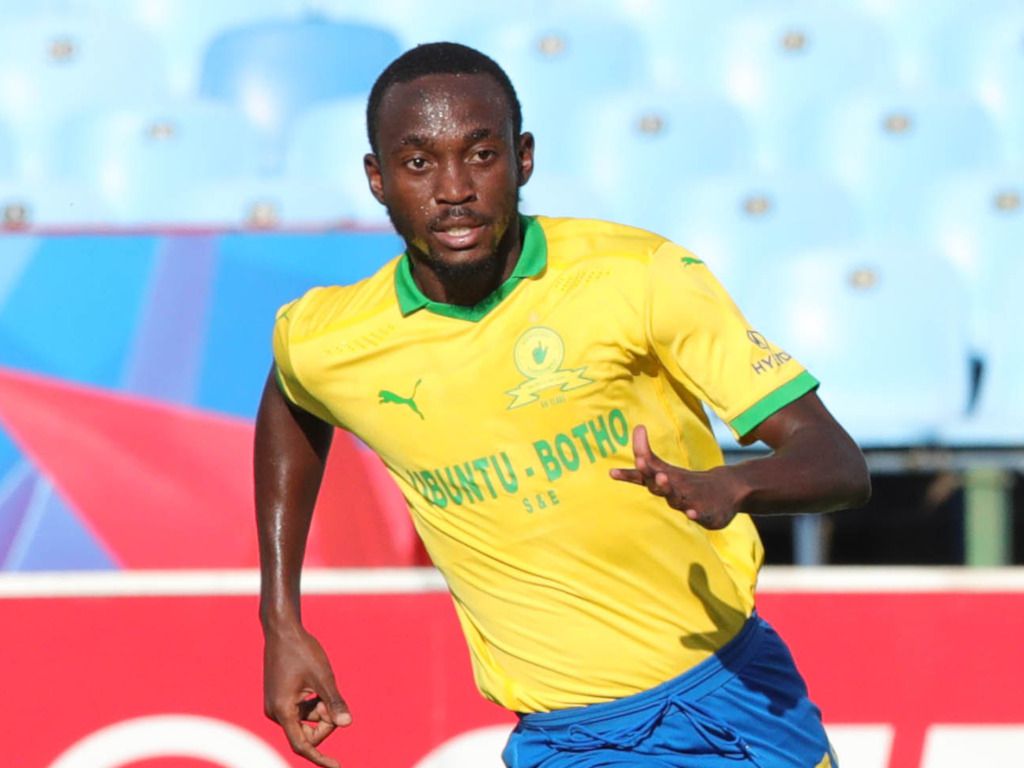 Namibian striker Peter Shalulile won the Premier Soccer League's best player of the season award on Sunday 6 June. With his 15 goals during the season, the 27-year-old striker helped Mamelodi Sundows (67 pts in PSL) to be South African champions.

He is the top scorer in the South African league. Namibian Peter Shalulile has scored 15 league goals and provided 6 assists in 25 matches this season. The 27-year-old striker has been the centerpiece of the Mamelodi Sundows set-up.

In the last league match, Peter Shalulile scored a brace (76th and 82nd) against Cape Town City (3-0). The victory allowed Manqoba Mngqithi's side to retain the South African league title for the third time in a row.

Shalulile joined Sundowns from Highlands Park after winning the Lesley Manyathela Golden Boot award alongside Gabadinho Mhango last season and has taken his career to even greater heights.

With 22 goals and eight assists in 39 games across all competitions, the Nambia international was the standout performer in South African football as the Brazilians romped to their 11th top-flight title in record-breaking fashion.

Shalulile beat Maritzburg United striker Thabiso Kutumela and teammate and last season's winner Themba Zwane to the prestigious award. He also walked away with the Players' Player of the Season title.

Challenge of continental competition
The Namibian striker scored three goals in the CAF Champions League. Mamelodi Sundows were eliminated by Al-Ahly of Cairo (first leg 2-0, second leg 1-1), the continent's record holders. He failed to get his club back to the semi-finals of the competition this year.

After winning the league in 2016, the giant Mamelodi Sundows are still in the hunt for a second CAF Champions League title.