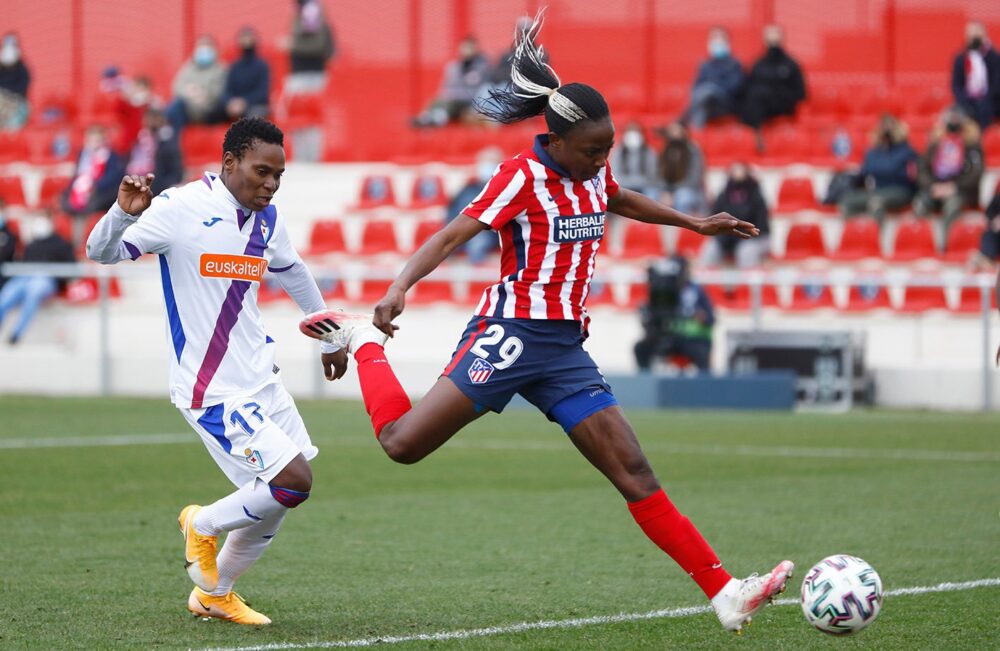 Atletico Madrid, led by Cameroonian Ajara Nchout Njoya, suffered their third defeat in the last four rounds of the Spanish women's football championship against Sevilla (3-2) on Sunday. The Madrilenians are now 7th.

Ajara Nchout Njoya was supposed to bring energy and goals to Atletico Madrid. But the Cameroonian striker, who arrived in Madrid a few days after helping Valerenga win the Norwegian Cup and Championship double, seems to be on slippery grounds in Spain  Indeed, the 27-year-old African player is struggling to find the net. And Madrid have not been able to win for some time now.

Nchout was again in the starting line-up for Atletico on Sunday as they travelled to Sevilla after picking up just one point from their last nine games. However, it was the Andalusians who won 3-2. Nchout gave up her place at half-time.

Since her arrival in January, she has only found the net twice in nine appearances. She will need to find the back of the net if Atletico Madrid are to get back on track. It's a good thing they're not the only ones to have a chance of getting back on track, because the Rojiblanco (42 pts) are in seventh place, 12 points behind the third and final Champions League qualifying spot, which is occupied by Real Madrid.

The women's Superliga is largely dominated by FC Barcelona, who thrashed Deportivo La Coruna 9-0 in the 26th round. Nigerian star Asisat Oshoala was absent through injury. The Catalans, who have won all 23 of their games, have a 14-point lead over second-placed Levante (55 points) and yet Barça have three games in hand.