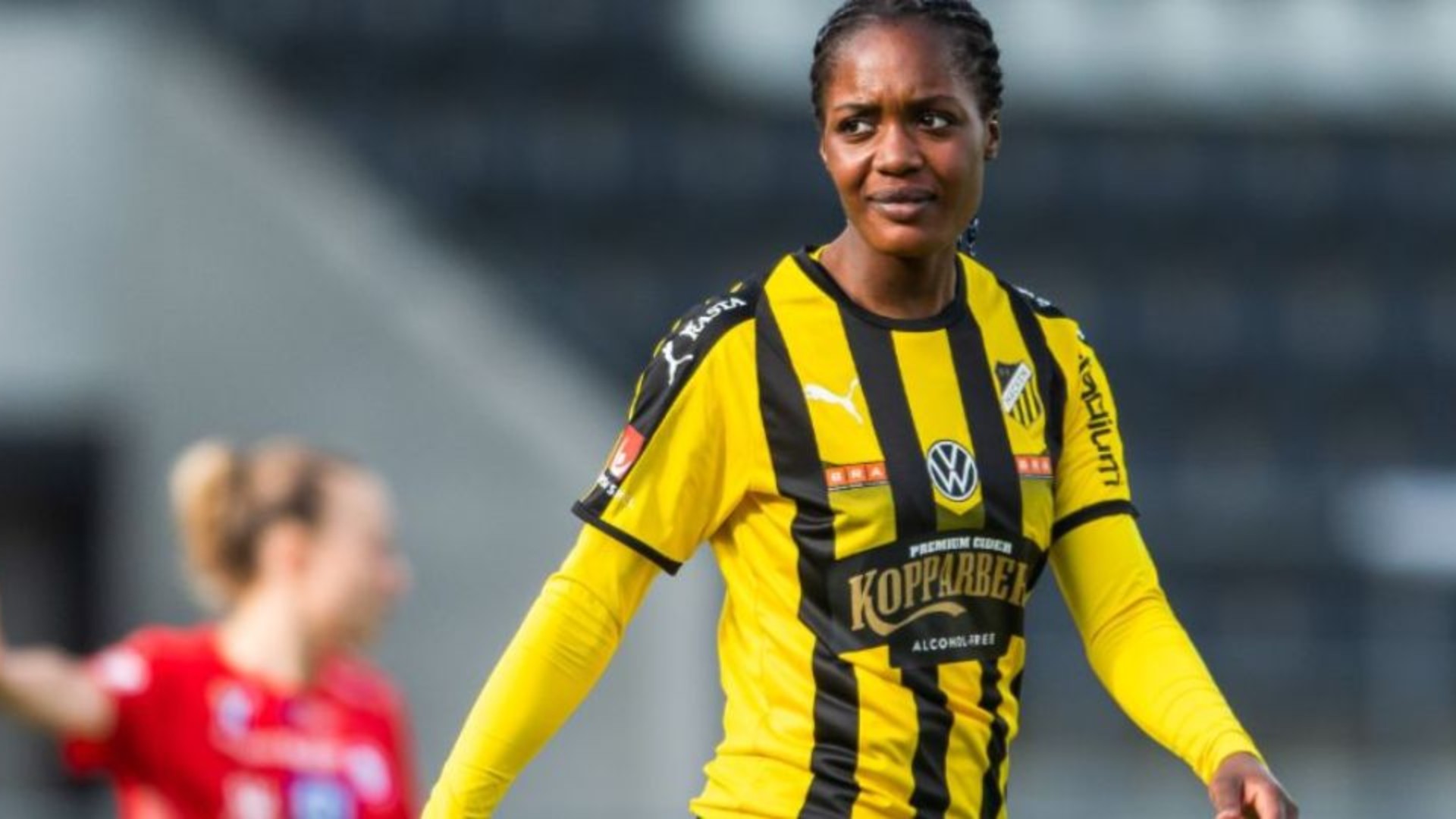 Evelyn Ijeh is waxing stronger with Hackens as she scored her first Swedish Damallsvenskan goal of the season in their game against Uchenna Kanu's Linkopings.

The 19-year-old had helped Hackens to a back-to-back Swedish Women's Cup title in April but was loan to Elittetan side Lidkopings FK, which is owned by the Swedish champions a month later in a quest for playing time.

Despite being on loan to Lidkopings, the striker is eligible to represent her topflight club, becoming the first player to enjoy such opportunity and has given a good account of herself, scoring a goal in her first appearance last Sunday.

Following her fine showing for the second tier side, the Sweden U19 international was handed her sixth league appearance of the season, albeit as a substitute, when she replaced Anna Csiki in the 76th minute of the encounter.

Following a 1-0 first leg home defeat to Linkopings, Mats Gren's side were desperate to get its pound of flesh at Linkopings Arena but could not find a breakthrough until Milica Mijatovic broke the deadlock in the 67th minute.

Dilja Zomers found herself in a perfect position to double the lead four minutes later before substitute Ijeh wrapped up the clincal triumph for the visitors with her late fantastic strike.

In last two outings, Ijeh has scored twice, including her first topflight goal of the season for Hackens this season. She will hope to continue her good form before the Olympic break for Lidkopings against Umea on Sunday.

The forward, who was born in Sweden to form Nigeria legend Peter Ijeh, is eligible to suit up for the West African nation and will be hopeful for an early senior interntional experience with the Super Falcons under Randy Waldrum.