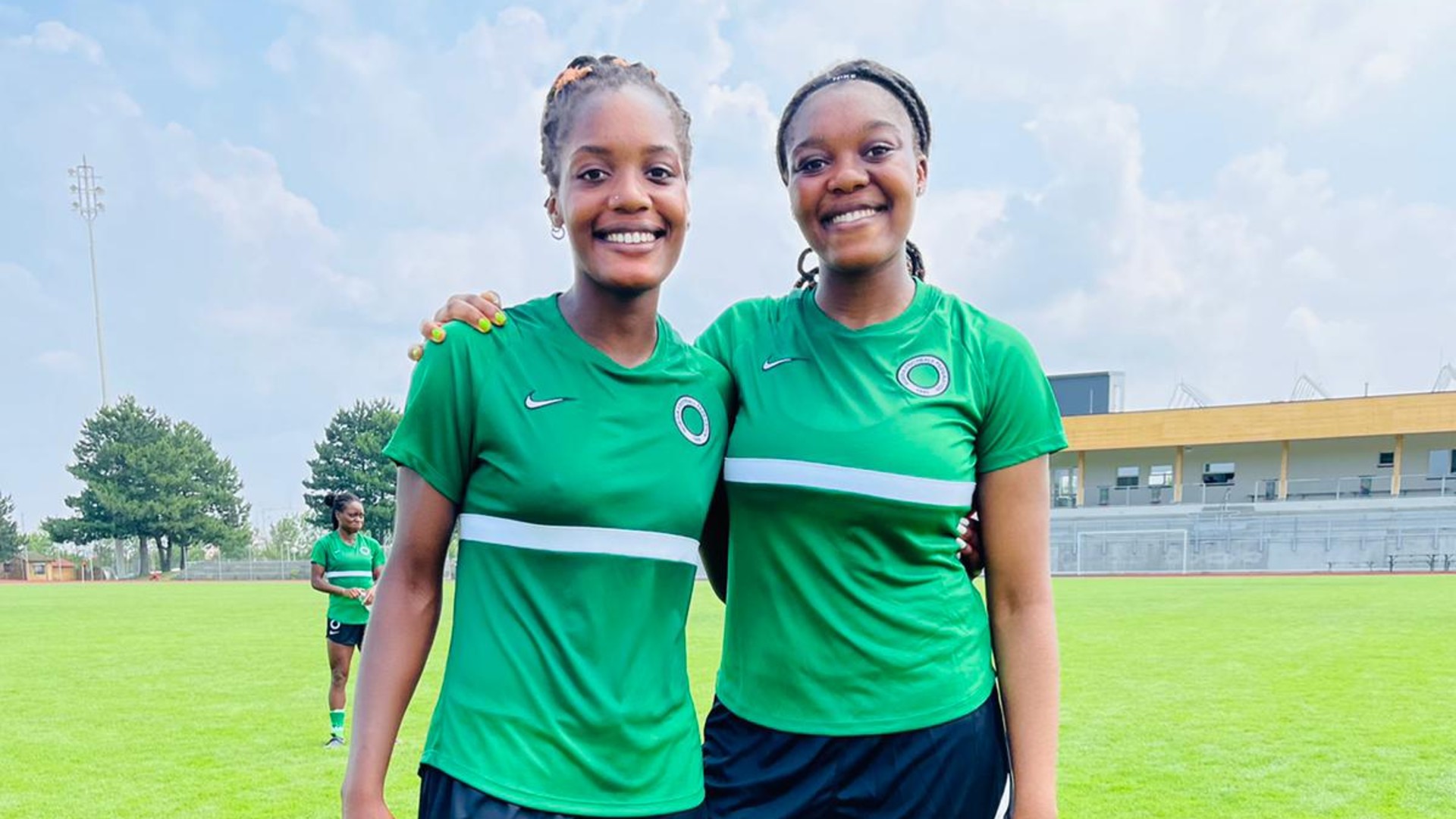 Evelyn and Josephine Ijeh are excited about their call-ups to the Nigeria women's national team in Austria, with both sisters eager to follow in their father Peter Ijeh's footsteps.

Evelyn and Josephine - the daughters of former Nigeria international, Ijeh were handed first-time call-ups by coach Randy Waldrum in the 26-player roster for the Super Falcons' training camp in Vienna.

The Swedish-born pair are the second set of sisters currently training together in Austria, after American-born Toni and Nicole Payne, who also played together against Portugal in June friendly.

Following the Swedish born sisters' invitations, Evelyn, who has scored in each of her last three league outings in Sweden, is very pleased about the opportunities offered to her and her sister.

"It was a piece of great news for us actually to be called up for the Super Falcons,"  Evelyn told SportNewsfrica.

"It's actually fun to have this experience and also train with top professional players in the Nigerian side. It really feels good.

"I 've been previously called up in the past for some of Sweden's camps but still had options opened to also turn out for the Nigerian team, which I have now."

On the part of Josephine, she is relishing the rare chance to train under experienced American tactician Waldrum alongside her sister.

"It's actually a good opportunity that has come at a good time for me. I'm looking forward to getting better," the 18-year-old defender, said.

"I will learn a lot of things from them, and they can learn from me as well. We can see how we play from countries and leagues where we play. Being trained by new trainers.

"It means a lot competing with some top players as a young defender. I think playing at such a high level at a young age is really going to be valuable for me."

Growing up as young kids, the duo has lean heavily on one another, with Evelyn hugely instrumental in her sister Josephine's football rise.

"I started football when I was around nine years old," Josephine enthused. "I started playing because of Evelyn. When we were younger, we were always with each other but she started training with Goteborg.

Confirming Josephine's stance on their sisterly football career growth, Evelyn said:  "It was nice to have my sister following my journey and was also nice to see her follow my journey too.

"It was actually nice when we were younger to grow together as football players. My journey was pretty much similar to hers because around nine or ten years ago, I also started playing in school before going for some football trials and ended up playing for Goteborg . "

Neither was born in Nigeria but has lived, schooled and visited the country thrice and Evelyn admits expressed their strong connections to their father's ancestral home.

"We've been home three times and even schooled in Nigeria when we were very young," Evelyn said.

"Although we were born in Sweden but moved around a lot due to her father playing in different countries then. The food, culture, music and literally everything attracts us to Nigeria."

When asked about their choice of food and music artists, both unanimously chorused:  "It's pretty many though - Burna boy, Wiskid, Tiwa Savage, Kiss Daniel and more." On their best foods, they said: "Jollof rice, fried rice, plantain and suya. Also pounded yam and okra soup."

Their father, Ijeh became a household name in Sweden, after scoring 24 goals in the elite division playing for Malmo FF in 2002 and his season goal record still stands in the last 42 years.

Before hanging His boot in 2012 the former NITEL and Julius Berger player netted a record 130 goals in 257 outings across Sweden, Norway and Denmark while also featuring five times for Nigeria.

And Evelyn and Josephine, who are both on the books of BK Hackens, though on loan to Lidkopings and are dreaming of surpassing their dad in the colors of the West African nation.

"He (Peter Ijeh) had a big role in these call-ups to the Nigerian team, which we are actually very grateful for. It's really nice to have this kind of opportunity and experience," Evelyn revealed.

"He played well for Nigeria and we are just coming in right now. So, our goal is to be much better than our dad.

"We are following in his footsteps and he will always want to be part of us and the progress we've made. We are hoping to do all in our best to get to that level and even surpass him."

Corroborating her sister, Josephine, 18, when asked about following in father's footsteps said: "It 's an honor to carry the family' s name and we are going to give our best to show people what it is to be an Ijeh."

Nigeria remains the leading national side on the continent, boasting a record nine African titles and also featured in all eight Women's World Cups since 1991 - one of the only eight teams to achieve the feat.

Despite tasting international experiences at the youth levels with the Sweden national side, the sisters are eagerly looking forward to the prospect of representing the African side on the global stage.

"We've followed the recent camps especially when they were in the US and played some friendly games," Evelyn admitted.

"It looks good actually, but what I want to contribute to the team is to show what I'm good at and also score some goals as a striker.

"I'm good at dribbling, I'm fast and can shoot from anywhere with my both feet and also good on a one-on-one."

On the other hand, Josephine, who plays for Hacken U19 side, is fully aware of the challenge of playing at the top level but is confident of improving the defensive ranks of the Nigerian side.

"It's an honor that the coach (Waldrum) gave me this opportunity to show myself up to the Nigeria national team," she said.

"In regards to my strength, I 'm strong, I'm using both feet, am good at defending and have really good long ball kicks."