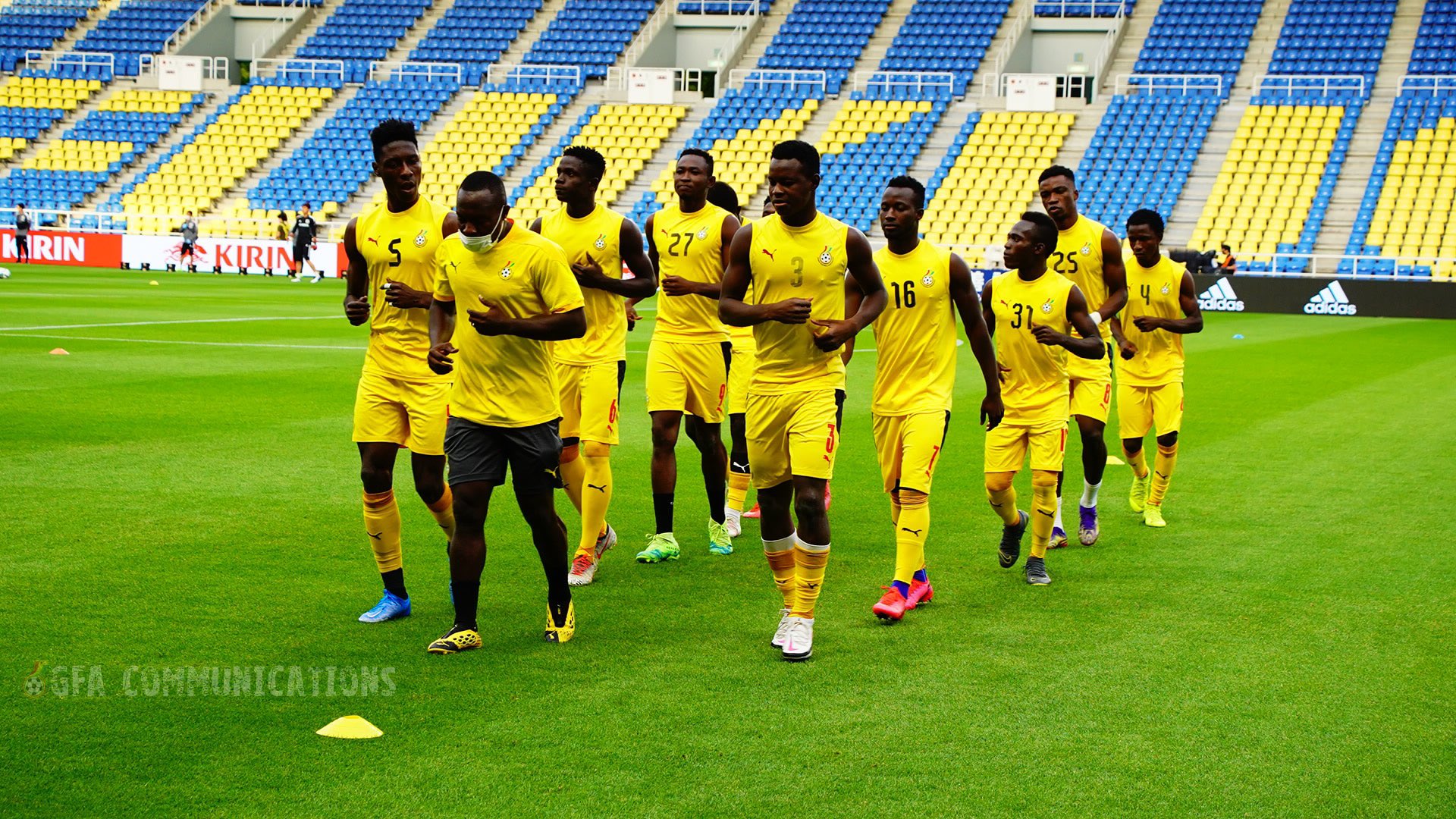 The Black Meteors of Ghana have failed to pick a win in all four matches played in Asia.

The team wrapped up their tour in Asia as they conceded 2 goals to 1 in their last game with South Korea on Tuesday, 15th June, 2021.

This recent defeat is the second to the South Koreans, with an aggregate of 5-2. Prior to this defeat, the team had lost to two games to the U-23 team Japan on a 10-0 aggregate.

In the first match with South Korea, the Black Meteors conceded 3-1 as they played against the 10-man squad of their counterpart.

In today’s match, however, the Black Meteors had to rely on a 10-man squad as forward Jonah Attuquaye got a red card for a challenge.

Jeong Woo-Yeong of the Japanese side opened the scoring in the 41st minute after the first attempt from his team mate hit the post.

But Joselpho Barnes was present to equalize for Ghana.

In the 64th minute, the Koreans restored their lead when Dong Lee scored the second goal for the team.

The latest score line between the Ghana side and Korea is the best result of the Black Meteors in all the four games played.

Despite the results of the Black Meteors, GFA’s President is positive that the team will improve in subsequent matches.

“Our intention is to build our national teams independent of competitions. We decided to play Japan and Korea for a purpose. We shouldn't place too much premium on the results of these matches. I am very positive about tomorrow because we are sacrificing out today for our tomorrow”, he said.

The Japanese and South Korean teams are preparing for the summer Olympic Games in Tokyo.