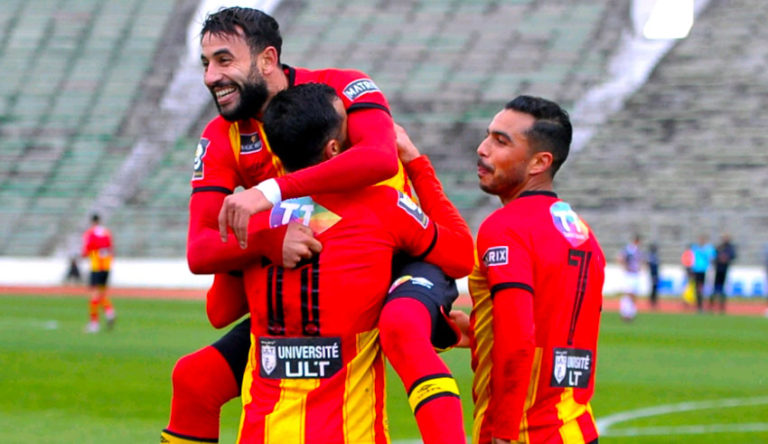 Esperance of Tunis became Tunisian champions for the 31st time on Saturday, May 1, by beating the Stade Tunisien. The Tunisian club can now focus on the Champions League.

It was expected. Now it's done. Esperance of Tunis has just won its 31st title in Tunisia. They beat (1-0), this Saturday, May 1, Stade Tunisien in Hédi-Enneifer, in the heart of Bardo.

Thanks to this success, the defending champions have 59 points and are assured of finishing in first place with three match days to go.

In this late match of the 22nd day, Algerian defender Abdelkader Bedrane scored the only goal of the game in the 56th minute. He headed in a well executed cross.

The young coach of the Tunisian champions, Mouine Chaabani (39) enters history books. He has achieved his goal at national level. The former Esperance defender can now focus on the Champions League, his other big challenge. One of his stated goals. His team will face the Algerian side CR Belouizdad in the quarter-finals (first leg: 14, 15 May 2021; second leg: 21, 22 May 2021).

The Tunisian club has 13 points more than its runner-up, Etoile Sahel (2nd, 46 pts). Lassaad Dridi's men have a game in hand. Unfortunately, it will not be enough to outclass Esperance.

US Ben Guerdane complete the podium with 37 points. As for Stade Tunisien, it is in danger. They are in 10th position with 26 points. The first relegation zone, Club Athlétique Bizertin, is five points behind Stade Tunisien.