Turkey: Gervinho and the challenge of Trabzonspor at 34 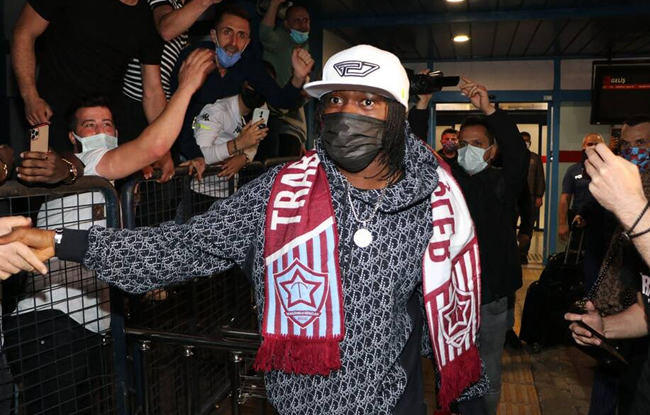 Turkey: Gervinho and the challenge of Trabzonspor at 34

After two seasons, Gervinho has turned the page on his Italian adventure. The Ivorian striker has chosen Trabzonspor and the Turkish Süper Lig. Gervinho has signed a two-year contract and is expected to earn an annual salary of two million euros. The reason they offered such a high salary to the 34-year-old is because the Turkish leaders were desperate to have Gervinho in their squad. Trabzonspor wants to compete again with the "big boys" like Galatasaray, Fenerbahçe and Galatasaray. "Trab" finished this season in 4th place with 71 points.

The arrival of the Elephant raises hopes for the re-conquest of the title that Trabzonspor lost this year to Besiktas. But the former Arsenal player wants to give back to his managers who trusted him. "I had several offers on the table. Trabzonspor made the difference thanks to the persistence of its leaders. They showed me a lot of respect and that they really wanted me. Whether it was the president or the coach. I had everyone on the phone. They also came to Italy to see me. All this attention touched my heart and convinced me to sign here," he revealed after his signing.

However, it was not the money that motivated his signing. If the financial aspect was his only motivation, he could have signed elsewhere. Like in Mexico or in the Gulf countries. For him, his signature is rather motivated by the sporting challenge. "Financially, I had the possibility to earn more by going to Mexico or the Gulf for example. If I chose Trabzonspor, it is also for the ambitious project that was presented to me," Gervinho said. "The management will build a great team capable of winning the title and qualifying for the Champions League. In sporting terms, Turkey has one of the best leagues in Europe outside the top five leagues," added the former Lille man.

It is up to him to prove his talent like the "veterans" who have preceded him in this championship. Mame Biram Diouf (Hatayspor) and Max Alain Gradel, for example, have had great success in their first season in the Super Lig.