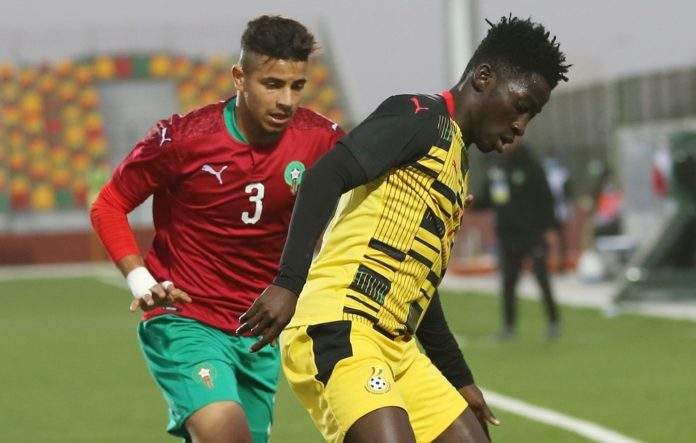 Tanzania and Gambia were struggling for honor in their group C encounter on Friday as both sides needed their first three points of the competition in a group with the likes of Ghana and Morocco.
Both sides had lost their opening group C games and this presented an opportunity to grab their first points in the competition.
An entising game from the start, marked by poor finishing from the attacks. A double saves from Tanzania's keeper Daniel Mgore was the most evident goal scoring chance for Gambia's attack led by Habibou Mendy.

It is only towards the break that Momodou Bojang will open the score, in the 40th minute. The Gambian striker executes a perfect volley after being served a cross from Kajally Drammeh. Gambia misses another chance to kill the game at the 50th minute only to see Tanzania scheme up a late equalizer.
From a free kick, Novatus Dismas, helped by the rebound, transforms the last chance for the young Taifa Stars.

Ghana and Morocco did not do better. But there was some good play. Only the goals were missing in this lively game. With this result, both teams remain in the lead with 4 points each. However, the Black Starlets are ahead thanks to a better goal difference.

The young Ghanaians had strangled Tanzania 4-0. While Morocco won 1-0 against Gambia. For the third and final group C games, Ghana will face Gambia while Morocco will face Tanzania.