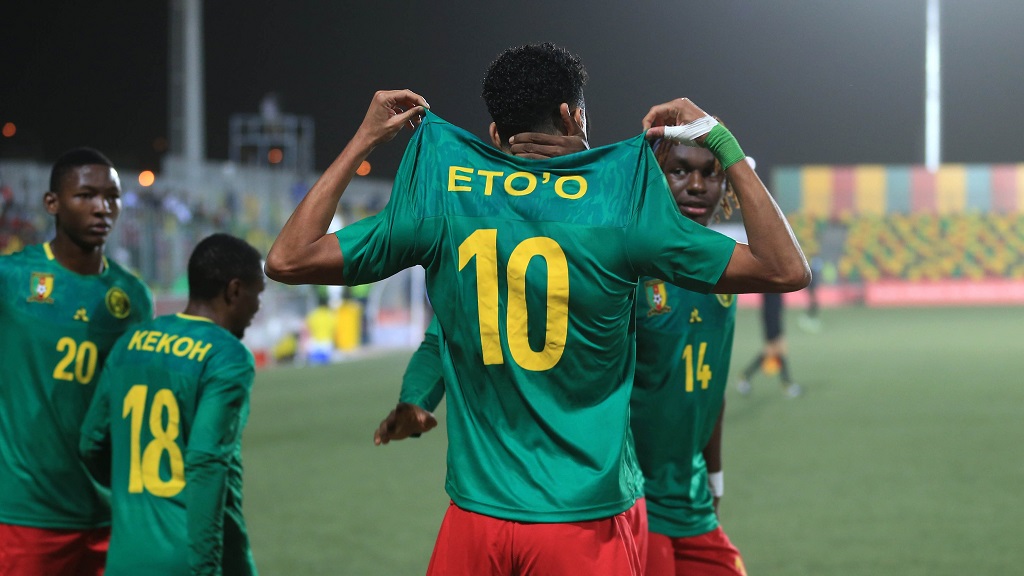 Cameroon continues to impress at the U20 AFCON. The Indomitable Cubs made a real show of strength against Mozambique. A 4-1 victory on Saturday night thanks in particular to the heir of Samuel Eto'o, Etienne Eto'o Pineda.

Cameroon outpowers group A with 3 wins in three group games as the best was reserved for the last. Cameroon showed no mercy for already eliminated Mozambique with a 4-1 demolition.

Etiene Eto'o caught the crowd's attention when he masterfully crafted a sumptuous long-range freekick to open scoring 8 minutes into the game. The same player rose to instant prominence as he scored Cameroon's second of the night from 12 yards, sending both sides to the break.

Kevin-Prince Milla drives the nail right back from the locker room (3-0, 47th). For the records, the number 9 of the Cubs has absolutely nothing to do with the other legend, Roger Milla. Simple coincidence the young player replicated the famous Roger Milla dance in celebration of his own goal. Gianluca Lorenzoni's score reduction (3-1, 85th) will bring consolation to Mozambique. Pacy winger Abdoulaye Yahaya's 87th minute goal was proof that both teams werenot boxing in the same category.

A cameroonian side that is gaining steam as the competition unfolds, clearly the message has gone across from the boys who won the competition at the U17 level two years ago in Tanzania.

Their next opponent will be known at the end of the last games of groups B and C. These matches will be played respectively this Sunday and Monday.