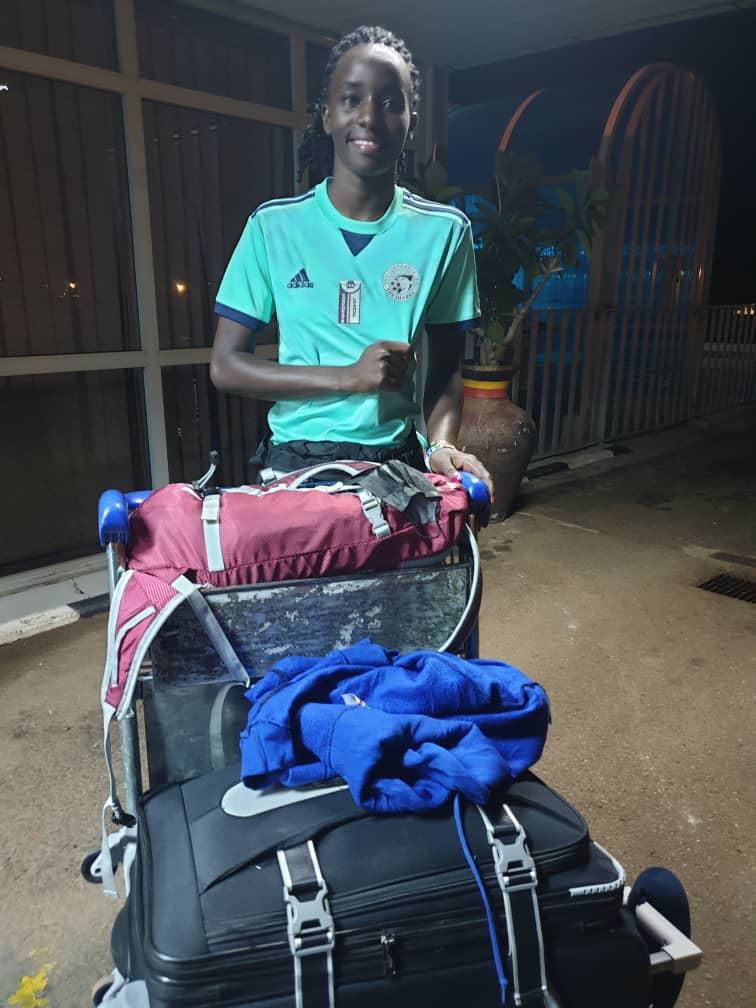 Vanessa Edith Karungi, a young goalkeeper with She Corporate club of the Fufa Women Super League in Uganda, has signed a one-year loan contract with a permanent signing option with Danish club Boldklubben af 1893 (B 93). A dream come true for the 19 year old footballer.

Vanessa Edith Karungi at Entebbe International Airport to join her new club B93 in Denmark.

Born in 1999 in Fort Portal, Uganda, young Ugandan goalkeeper Vanessa Edith Karungi has joined Danish club Boldklubben af 1893 (B 93). The former Nakawa-based She Corporate captain left her country on Tuesday, May 25 to join her new club.

According to She Corporate president Mathias Kakulu, an executive of the Danish club contacted them through a football agent named Frank Peterson.

"The club got in touch with us after watching our game against Kampala Queens in 2019 via the club's Facebook page," he tells Ugandan website Kawowo Sport. ''They were impressed with Vanessa's performance. From there, discussions about signing the player then began." 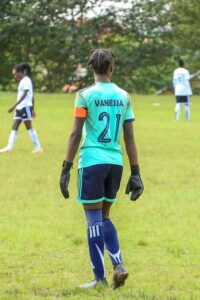 With this transfer, it is a dream come true for the young goalkeeper. She was delighted when she heard that an agreement had been reached between her club and the Danish side. "I feel so happy because it is a great opportunity for me, but also for Ugandan players in general," she said on Kawowo Sports.

She added: "So it is my responsibility to work harder and represent my colleagues back home well because Uganda has a good number of talented players and this can be a pass for others to realize the dream of joining a professional club."

Vanessa Edith Karungi has signed a one-year loan deal with a permanent signing option with B 93.