Uganda/Football: We have a lot of work to do – Okwi 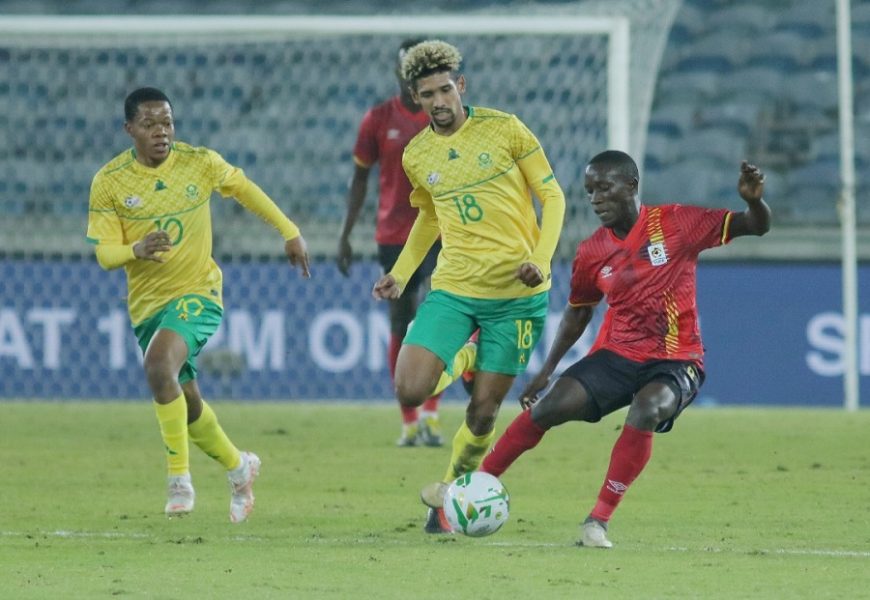 Uganda/Football: We have a lot of work to do – Okwi

Uganda Cranes captain Emmanuel Arnold Okwi has said they  have a lot of work to do to prepare for the upcoming 2022 FIFA World Cup qualifiers.

Okwi said this yesterday evening after the Uganda Cranes lost  3-2 away to South Africa in an International friendly match played at the Orlando Stadium in Soweto.

During the match Evidence Makgopa netted a brace, while Bongokuhle Hlongwane scored the other goal for Bafana Bafana. The visiting Uganda Cranes team scored through Ibrahim Orit and Egyptian based Abdul Lumala.

“This match with South Africa has shown us that there is a lot we need to do inorder to prepare well for the 2022 FIFA World Cup qualifiers,” said Okwi.

The experienced forward said although they lost to the hosts in the international friendly, it was a good test for some of the youngsters who are making their first appearance in the national team. “We had a lot of positives during the match and we can build on that,” added Okwi.

Abdullah Mubiru, the interim head coach said despite the defeat he was happy with the way the players expressed themselves especially in the first half.

“We are also very happy that the young team expressed themselves well. This has been a very good friendly match for the players and the technical team,” added Mubiru.

Uganda Cranes who failed to qualify for a third straight Africa Cup of Nations (AFCON) after losing their last game to Malawi in March will be eager to kick start the FIFA World Cup qualifier in style in September. They are in the same group with Mali, Rwanda and Kenya.