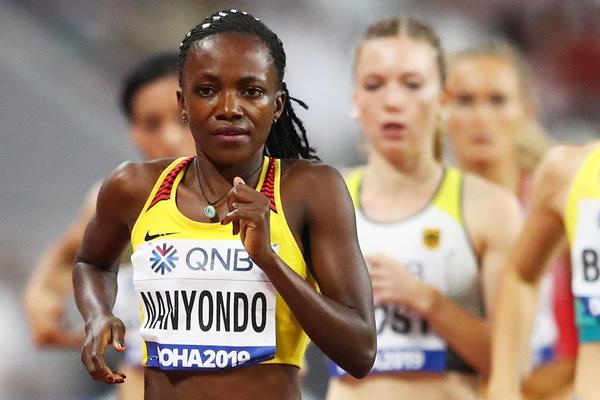 Three Ugandan athletes will take to the field at the 2021 Doha Diamond League on May 28th as they prepare for the Tokyo Olympics.

The Doha Diamond League which will attract star athletes from around the world will take place at the Suhaim bin Hamad Stadium, Doha.

Winnie Nanyondo who won a bronze medal at the 2014 Commonwealth Games, Peruth Chemutai and Ronald Musagala will represent Uganda in Doha.

“We are happy that the three athletes have been entered in different races and this will be a good platform to get in shape ahead of the Tokyo Olympics,” said Dominic Otuchet, President of the Uganda Athletics Federation (UAF).

Musagala currently ranked 4th in the 1,500m will battle against world champion Timothy Cheruiyot from Kenya who has a personal best time of 3:28.41, while Nanyondo will face off with the likes of Goule Natoya from Jamaica and Kenya’s Faith Kipyegon in the 800m race.

Chemutai who finished 5th in the World Championships in Doha in 2019 will battle against a strong field that has the likes of Coburn Emma from the USA and Kenya’s Beatrice Chepkoech in the 3000m steeplechase.

Namayo Mawerere, the Publicity Secretary of the Uganda Athletics Federation (UAF) made it clear that they are looking forward to having Ugandan athletes participate in more competitions to help them prepare well for the Tokyo Olympics.