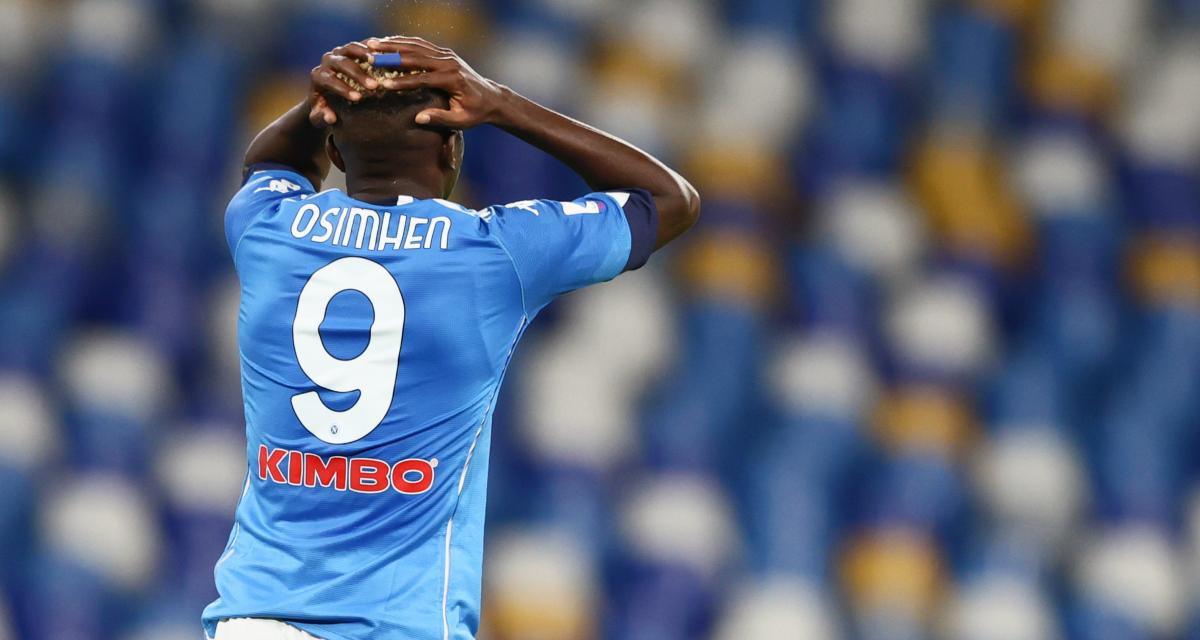 Victor Osimhen, a casting error?
Napoli was shocked 2-0 by Grenada on Thursday night in their Europa league knockout clash in Spain. The team's most expensive signing Nigeria's Victor Osimhen played for 90 minutes without making an impression nor scoring a goal.

Perhaps it is time to question Victor Osimhen's switch to Napoli. The Italian side had broken the bank on the Nigerian striker, 70 million euros paid to his former employers Lille. Because last summer, after a very long series and 70 million euros offered in Lille. Never before had the Italian club spent so much to hire a player. Before Osimhen, Konstantinos Manolas, recruited at 36 million euros (half), was Napoli's most expensive acquisition.

This means that President De Laurentis certainly expected the Golden boot winner of the U17 World Cup in 2015 to be a messiah and indeed help the Napoli to win its first Scudetto since 1990. But the businessman who made his fortune in film production may have made a wrong casting. Upon arrival in Italy, Victor has not been able to creat a healthy nexus with the Napolitans neither has he been justifying his tag as the most expensive African transfer.

The Super Eagle striker seemingly does not thrive in Gennaro Gattuso's game. And his statistics prove it. He has, in fact, played only 15 games with Napoli scoring only two goals and one assist. This is a far cry from his achievements with Lille in France, wherein Victor Osimhen scored 13 goals and delivered 4 assists in 27 games.

However, the player's entourage has already found the ideal culprit for this blunder. "I have the impression that Naples doesn't play for its center-forward. The team is not putting him in his best position. As long as that's the case, he won't be able to score the goals that everyone is expecting. Being out of the team is damaging. But since his return, he hasn't been able to express himself to the best of his ability. Naples needs to play more as a team and, above all, play more for him," says Victor's brother, Andrew Osimhen for Radio Marte.

Under pressure Genaro Gatuso is on a hot seat as the expected results are not forth coming, and to make things worse, his record signing striker must turn things around in the return leg game against Grenada in Italy.