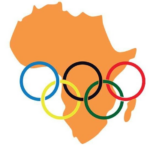 The Local Organizing Committee (LOC) of the Ghana 2023 Africa Games has declared its goal of Ghana placing between the first and fifth positions in the upcoming Africa Games.

As the host nation of the games, Ghana hopes to be at par with other previous host nations that have excellently performed in the previous games.

Chairman of the Committee, Dr.Kwaku Ofosu-Asare in an encounter with the media expressed that Ghana needs to improve in its medal standing on the medal table. He believes that as a host nation, the expectation is much higher to perform well.

Speaking on the target of placing within the first to fifth position, he stated, “We are being realistic. You cannot survive life if you are not realistic. Life is about knowing your strengths and weaknesses and taking advantage of your strengths and improving upon your weaknesses. So, you must know where you belong. We realize that South Africa, Nigeria, and Egypt are all way ahead when it comes to the medal table. They compete in all the disciplines so they do well. So, we are giving the first three to these countries. We are saying that aside from them then we should be placed fourth or fifth.”

"You will recall that in the last games, we placed 15th in Morocco, the previous one in Congo Brazzaville, we placed 20th. If you go back to Maputo you will realize that all these times, we haven’t fared too well but as the host nation, we are expected to do better and the history is such that all the host nations have done very well. So, it is our time to improve upon our medal table.2- he added.

President Nana Addo Dankwa Akufo Addo in October last year revealed that the first Olympic sports complex with 50,000 seating capacity will be converted into Sports and Development University a year after the Olympic games set to be hosted by Ghana in 2023.