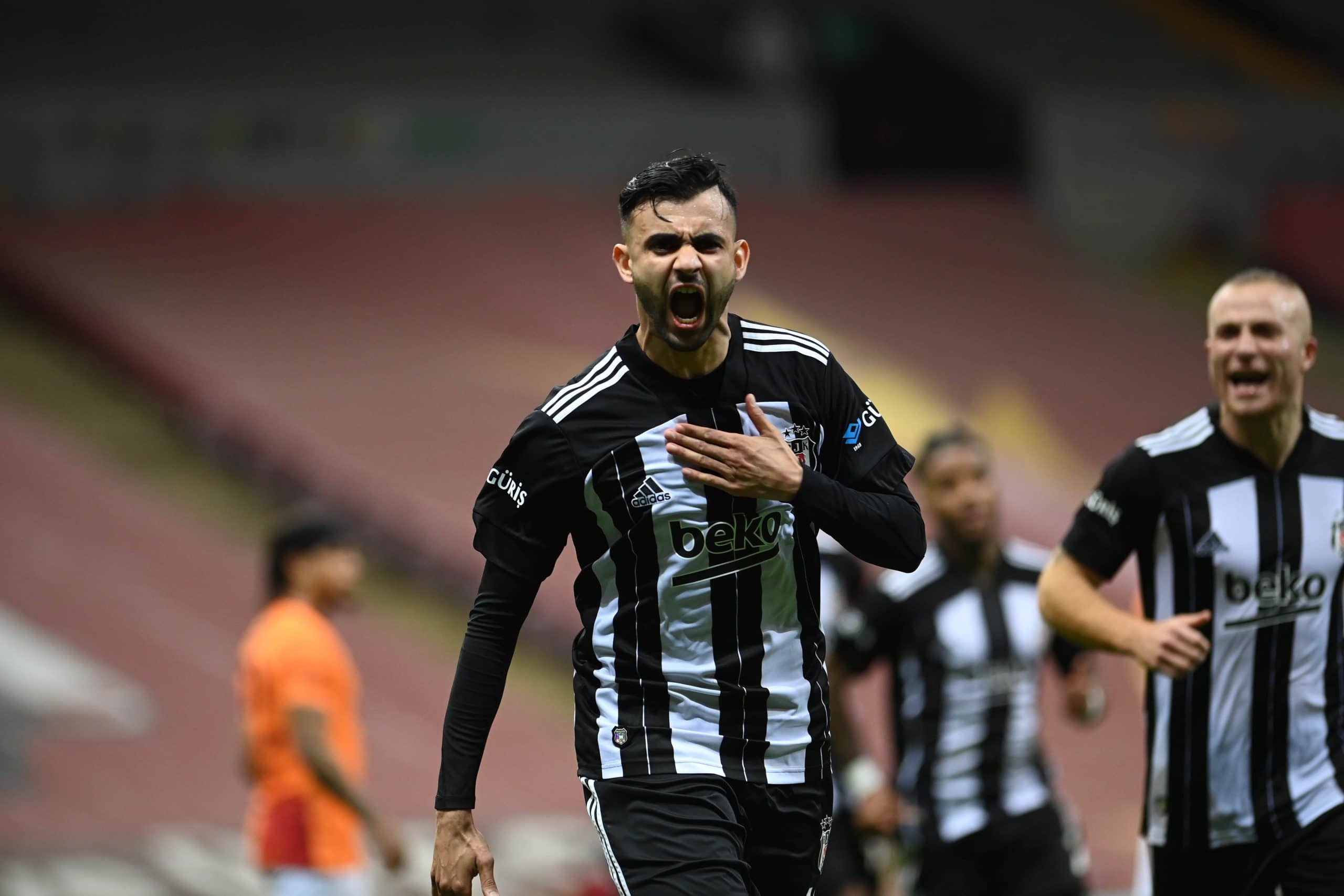 The inevitable Mohamed Salah and Paul Onuachu shone again in the third weekend of May. In Turkey, a penalty from Algeria's Rachid Ghezzal gave Besiktas Istanbul a 16th league title.

England (round 36): Salah, Benrahma and Zaha score
Liverpool won 2-1 at West Bromwich Albion in stoppage time thanks to a header from Brazilian goalkeeper Alisson, but Mohamed Salah played an important role in the Reds' victory. The Egyptian, on a service from Sadio Mané, had indeed allowed the 2020 English champion to equalize (33rd), fifteen minutes after the opening goal of WBA. West Ham United (7th) got a point in the last minutes at Brighton (1-1) thanks to the Algerian Saïd Benrahma. Ivorian Wilfried Zaha scored in Crystal Palace's 3-2 win over Aston Villa.

Belgium (play-offs, day 4): Onuachu again
Nigerian striker Paul Onuachu will be remembered as one of the leading lights of the Belgian league. He proved that once again as Genk beat Anderlecht 2-1. Two Congolese players also shone at the weekend: Dieumerci Mbokani was unable to prevent Royal Antwerp from losing 1-2 to FC Brugge, while Jackson Muleka was the only scorer for Standard Liege, who lost 1-3 at Maline.

France (round 37): Sabaly and Zerkane relief Bordeaux
Bordeaux's 3-0 win over Lens was a big step towards staying in the top flight, even if their future remains uncertain due to financial difficulties. It was the first time the club had scored a goal in the last few minutes, thanks to Senegalese Youssouf Sabaly and Algerian Mehdi Zerkane. Malian Kalifa Coulibaly opened the scoring in Nantes' 4-0 win at Dijon. Lorient (17th), also in the hunt for a place in the top flight, won 2-1 at Metz (10th). The Congolese Yoane Wissa scored from the penalty spot for the Merlus, while Malian Boubacar Traore equalized for the Lorrain side. Lyon (4th), with a 5-2 win at Nimes (19th), including a goal from Algerian Islam Slimani, condemned the Crocodiles to Ligue 2 next season. It was the Senegalese Moussa Kone who scored twice to save the honor of the Gardois.

Italy (round 37): Nwankwo hurts Benevento
A goal from Nigerian striker Simeon Nwakwo in stoppage time earned 19th-placed Crotone a 1-1 draw at Benevento, a result that almost condemns the team to the lower tier next season. Sassuolo, in eighth, did not lose all hope of playing in the first edition of the Europa League next season thanks to a 3-1 win at Parma, with a goal from Ivorian striker Jeremie Boga.

And elsewhere...
Dutch champions Ajax Amsterdam ended their season with a 3-1 win at Vitesse Arnhem, with another goal from Ivorian striker Sebastien Haller. In neighboring Luxembourg (round 28), 11th-placed FC Rodange beat third-placed Fola Esch 2-1, with Senegalese Momar Ndiaye scoring. FC Salzburg in Austria (round 31) beat Linz ASK 5-2, with Zambia's Patson Daka and Enock Mwepu scoring once each. In Switzerland (round 35), Cameroon's Jean-Pierre Nsamé played a part in Young Boys Berne's 5-2 win over FC Lucerne. In Bulgaria (30th round), Guinea's Ibrahima Conté and Senegal's Alioune Fall contributed to the clear victory (3-0) of Beroe Stara Zagora (6th) against CSA 1948. Malian Adama Traoré scored another goal as FC Sheriff Tiraspol (1st) beat Dinamo-Auto 7-0 in the 33rd round of the Moldavian championship.

In Greece, Olympiakos Piraeus, already assured of the title, humiliated their arch-rivals Panathinaikos 4-1 on home soil, with Moroccan Youssef El Arabi scoring twice. In the north of Europe, several African players were in evidence. In Lithuania (matchday 13), a goal from Senegalese El Hadji Pape Diaw helped third-placed Zalgiris Vilius beat FK Panevezys 1-0. In Norway, fifth-placed Tromso were held to a 3-3 draw at home by Mölde FK, despite a brace from Nigerian Moses Ebije. In the Faroe Islands, leaders Klaksvik beat E68 Toftir 8-0, with Gambian Bubacarr Sumareh scoring twice. Sumareh scored twice in a 9-0 win over Vestrur Sorvagur on 13 May.