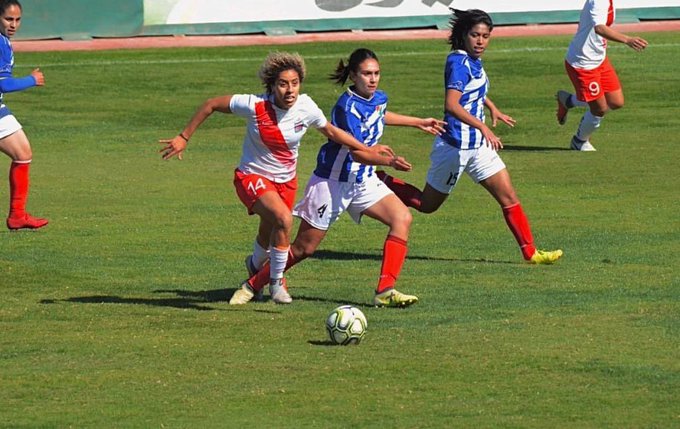 The participation of Moroccan women in international competitions still remains low despite the promotion of national institutions in the practice of sport. More often than not, sociocultural factors constitute the greatest impediment to the advancement of most Moroccan women’s career in sports.

Among these is marriage, perhaps the most common of the social and cultural obstacles on Moroccan sports women's path to a fulfilling professional life.

Another closely related limiting factor for women with high sporting expectations is motherhood. The athletic woman often postpones her social projects and if she decides to have a family during her career, she has to deal with sensitive periods in her trajectory such as: pregnancy, childbirth, and breastfeeding. A change in the body becomes inevitable and requires a break from practice (sabbatical year). These stretches of social life can cause a definitive end to a high-level sporting career, especially if the woman does not enjoy significant social support from those around her. Even in the availability of such social support in the woman’s entourage, there is a widely accepted notion that childbearing is inherently limiting for women aspiring to have a distinguished career in sports. Underlying this is that returning to competitiveness after a prolonged parental leave obviously calls for an upgrade in physical preparation to continue achieving performance.

There is also, above all, the fact that Moroccan society tends to think of household work - taking care of the education of children, managing the family, cooking, etc. - as the natural habitat of women. Women are thus confined to the family home, where they are told that the best career for a woman is to be a good mother, an irreproachable wife, and an impeccable cook. To sacrifice her own passion and dreams on the altar of the family’s well being becomes, in such a context, society’s sole expectation of the “good” or “fulfilled” woman.

Following a field survey with former high-level Moroccan sportswomen, the interview extract with Nezha, shows the effect of the socio-cultural environment on the level of engagement and participation of women in the Moroccan sports field  “ At first, my family refused to let me focus solely on a sporting career, my father was totally against it. But I never gave up! With the help of my mother, I was able to convince my father to let me train and excel in sport. Unfortunately, he did not live with me the moments of my victories on the international sports scene, he died long before ..."

It is observed that the girl's sporting practice is influenced by the position the mother takes within the household. The mother may persuade the father to let his daughter train, acting as an intermediary for the father to allow his daughter to attend training sessions. In other words, the mother implicitly contributes to the maintenance of a female sports career. In interview after interview, the majority of Moroccan sports women have underlined the important contribution of their mothers (housewives) in the achievement of sporting exploits. These women mostly speak of the physical and moral support they received from their mothers on a daily basis - such as providing balanced meals and laundering training clothes - and note that this support is most prevalent at the start of a sports career. Today, urban mothers increasingly support their children, especially girls, and encourage them to overcome the difficulties associated with preparing for competitions and intense training.

In fact, Morocco’s first participation in international female sports competitions did not come until the 1980s with Olympic champion Nawal El Moutawakel. Moutawakel was - and remains - a role model; she created a dynamic and a change in Moroccan sports culture, reserved until then to men. 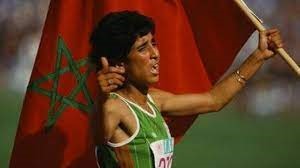 Despite this momentous development, sports are still not promoted for Moroccan girls as they are for boys. Young males are more often allowed to be physically active than their female counterparts. Fathers encourage boys more than girls to practice sports. Consequently, the social representations of some parents towards sport activities do not encourage young girls to train daily. The fact is Moroccans generally have a willingness to devote more time to training and making regular trips to competitions for boys than for girls. Culturally, these parents may believe that a sporting career is more appropriate for boys, especially because some see that high-level sporting activity can prevent young men from falling into unemployment (Zerzouri, 2012). In addition, when the illiteracy rate is higher, especially in rural areas, playing sports is considered a waste of time.

On top of that, there is the lack of sports facilities close to where people live, the lack of means of transport, etc. These factors do not encourage the promotion of high-level sports practice among Moroccan Woman. Ultimately, some married athletes are able to adjust to retirement when the spouse is also an athlete. The exchange and sharing of experiences between couples builds support to help deal with career changes and unforeseen events related to bifurcations in the trajectory of a high level sportswoman.